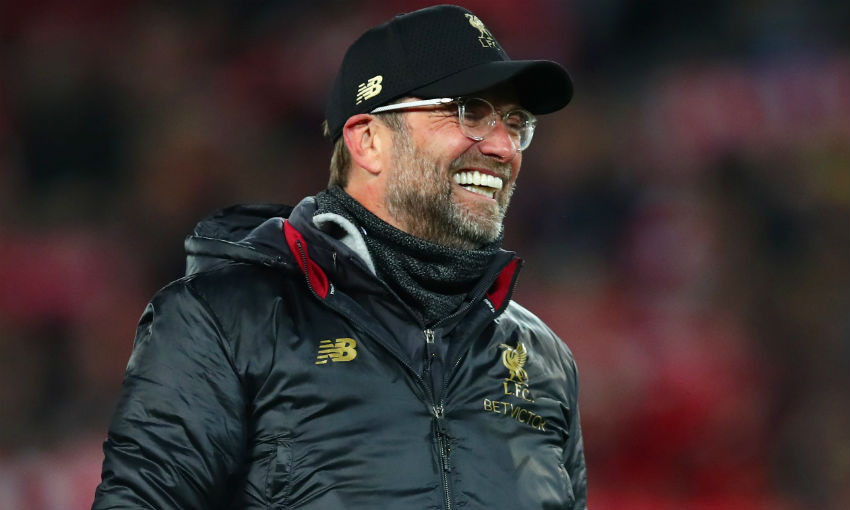 Jürgen Klopp has been announced as the winner of the Great Coaching Moment of the Year award for 2019.

The Liverpool boss claimed the prize for his management of the Reds' dramatic comeback against Barcelona in the semi-final of the Champions League back in May.

The award celebrates moments that distinguished a coach for their focus on a game or result, or their human approach to guiding teams and athletes.

The highlight that secured the accolade for Klopp came in the aftermath of the historic 4-0 triumph over the Spanish side at Anfield, having trailed 3-0 from the first leg.

After the final whistle, Liverpool players and staff gathered in front of the Kop to sing an emotional rendition of You'll Never Walk Alone in harmony with supporters.

On winning the award, Klopp said: "It is a huge honour to be recognised by UK Coaching for this award and I'd like to thank everyone who voted, especially our fans who played their part in what was an incredible performance and unforgettable night at Anfield back in May.

"When you are a coach there is nothing more rewarding and powerful than seeing what can be achieved when everyone - the players, the coaching team and the fans - pull together. It was without doubt one of the proudest nights of my coaching career."

The German saw off competition from Gareth Southgate, John Blackie and Melanie Marshall to claim the accolade.