Jürgen Klopp has detailed why he believes every member of the Liverpool squad has a significant contribution to make during their packed December schedule – starting against Everton at Anfield tonight.

The Reds face a run of nine first-team outings in four different competitions before the conclusion of 2019, with a Merseyside derby against the Blues first up.

The fixture will be Klopp’s ninth encounter against the club’s neighbours and he is, therefore, well-versed in the unique nature of the fixture.

He wrote in his column in the official matchday programme: “When the whistle goes tonight it’s two fierce rivals, who share a city, going head-to-head to do the very best for their supporters. My experience of this fixture and derby games in general teaches me our current standings in the league will count for nothing.

“It is no exaggeration to say these games are the most competitive we face each season. Be it league or cup matches, the feeling around them is different and it is special. You only have to look at last season and how close the games were.

“Yes, it is factual to point out that the number of points available for both teams is the same as when we play Brighton or Bournemouth – the fixtures either side of tonight for us – but the simple mathematics doesn’t do justice to the occasion.

“I love the passion around this game. I love how much it matters to both of us. I love that it’s an obsession for both sets of supporters and therefore we as a team, who have the responsibility to perform, must be respectful of that.

“It can never be written off as ‘just another game’. Again, from my experiences, Everton buy into the emotion of it really well – and so far in my time here, I feel we have as well.

“These contests are about aggression and intensity. But by aggression I mean the positive aspect of it, not the negative. It’s about being aggressive in your intent to be positive and brave. Show courage in decision-making. Be aggressive in the amount of yourself you will give to get the result.

“I hate the idea it’s about physical aggression aimed at an opponent – that is absolutely not OK and does not belong in this game.

“There are so many positive ways to demonstrate intensity during the 90-plus minutes. Run harder than you normally would, be more concentrated, sacrifice more for the team, channel your emotions for the good of the group and not as an individual.

“You enjoy occasions like these, in a team context, when you make them about what the collective can achieve together. It is a pertinent point to make at the moment because of the importance of our squad and each player in it for what we look to do here at Liverpool.

“There has been focus recently on Fabinho being unavailable for a period. Obviously now Alisson is also not involved tonight, but for different reasons. I have never wavered from my belief that you can only be successful in the modern game if you have a squad of players all of whom recognise their importance and value.

“We are in the period now where every minute on the pitch of each player is just so valuable to us. If any member of our squad lessens their contribution by even the smallest of percentage, for the shortest amount of time, we will achieve nothing.

“I see the influence that all of our players have on what we do on a day-to-day basis. I get that those outside of Melwood don’t have the same opportunity that my coaches and I have. But in the coming days, weeks and months that will of course change. And I have total belief the contribution of the entire squad will only enhance us, because of what I see on the training pitch.

“There are so many players in our ranks who, until now, I have no reasonable explanation to give for why they haven’t started more matches. So many have deserved to and my admiration for them as people and professionals could not be higher.”

Pick up your copy of the official LFC matchday programme at Anfield today, or subscribe online by clicking here. 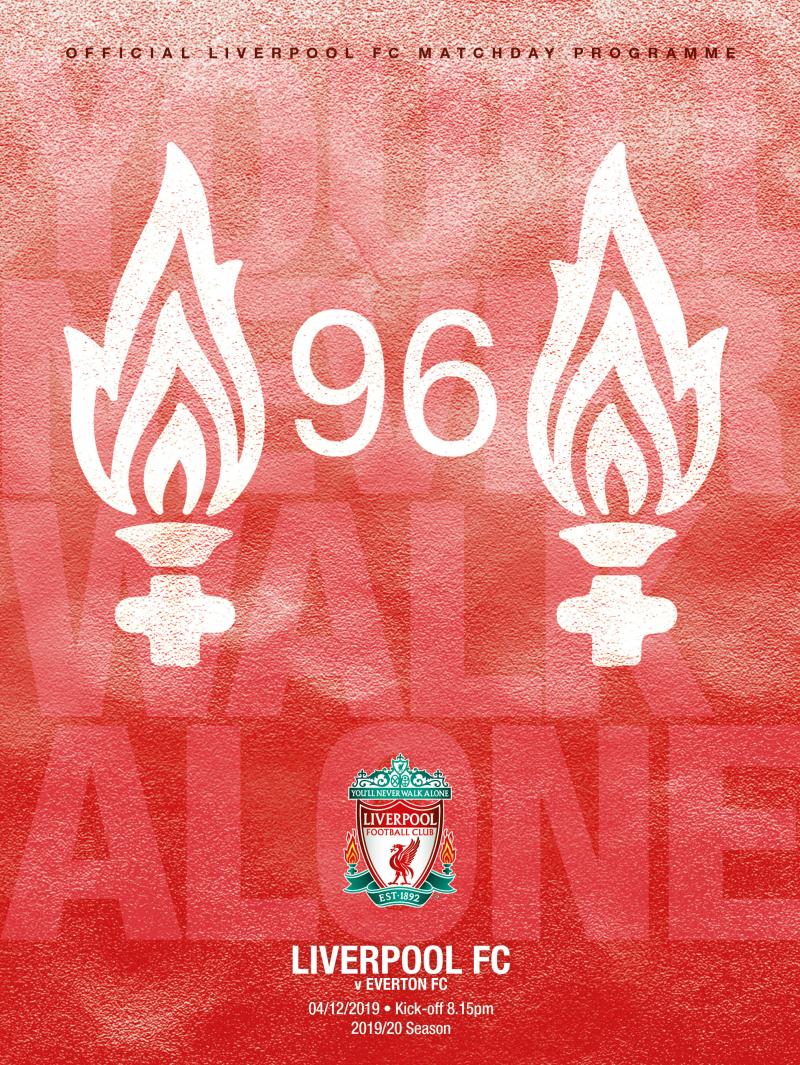