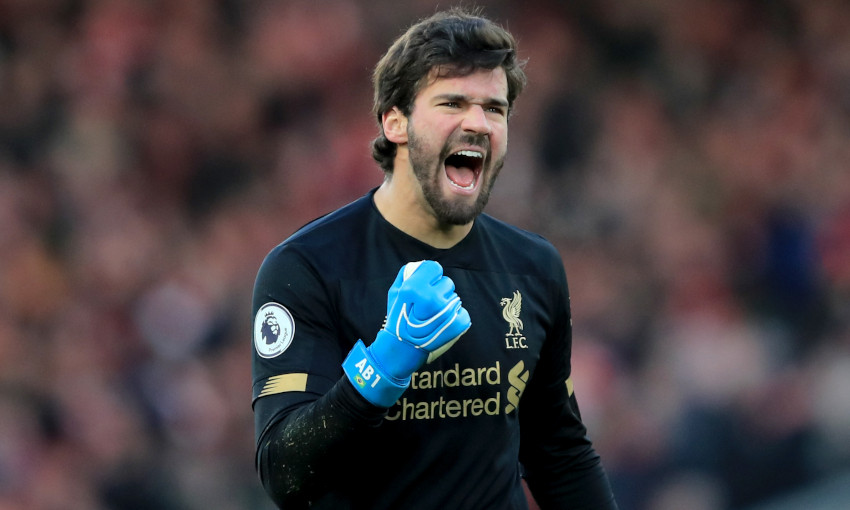 Alisson Becker was awarded the Yachine Trophy for the best men's goalkeeper in world football by France Football magazine on Monday night.

The Brazilian was a crucial figure in Liverpool’s Champions League triumph at the conclusion of 2018-19, as well as the Reds’ club-record total of 97 points in the Premier League.

Alisson went on to play every minute of his country’s victorious Copa America campaign in the summer, recording five clean sheets and conceding only once in the tournament.

He adds the Yachine Trophy, a goalkeeper-specific accompaniment to the Ballon d’Or – named after Lev Yashin, the only goalkeeper ever to have won the main prize – to his Champions League Goalkeeper of the Season and Best FIFA Men’s Goalkeeper awards.

“It’s a great honour to be here with those great players, men and women,” said Alisson upon collecting the award at a ceremony in Paris.

“I just want to thank my family, my wife, who support me everywhere I go. To my parents, they are in Brazil – I think watching me! And to God. It is a great honour he is giving me in 2019, winning the Champions League and winning some individual awards.

“I don’t feel lucky, I feel blessed and grateful. I also want to say thank you to my teammates, to all the Liverpool staff. Thank you very much.”