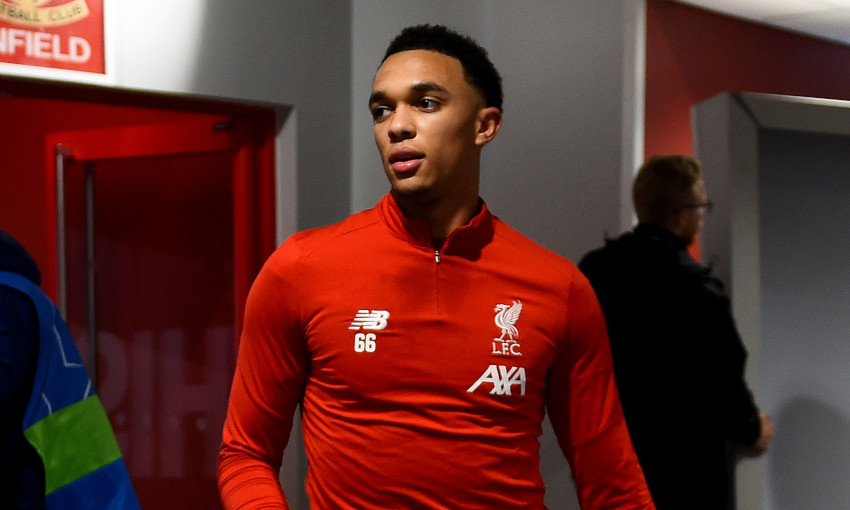 Liverpool will follow their instincts and head to Salzburg next month searching for victory in the Champions League showdown, Trent Alexander-Arnold has vowed.

The 1-1 draw with Napoli at Anfield on Wednesday means qualification for the knockout rounds of the competition can only be secured in matchday six.

A point against the Austrian champions will confirm the Reds' place in the last 16, but Alexander-Arnold is fully aware of the tough test that awaits.

"We know we're a strong side who beat them at Anfield. We need to go there and get a result – and that's what we’'e going to hope to do," the 21-year-old told Liverpoolfc.com.

"It's something we need to be aiming for, reaching the latter stages and pushing on from there.

"For the club it's massive and we know we've got a big game on our hands."

Beating Napoli would have seen Jürgen Klopp's side clinch top spot of Group E, but they could only manage a point after Dejan Lovren's header cancelled out a Dries Mertens opener.

Alexander-Arnold, however, was quick to look for positives in regards to Liverpool's standing in the pools, especially after an improved second-half display against the Serie A outfit.

The No.66 continued: "Obviously we want to win as many games as possible and we weren't able to do that.

"We're still in a strong position in the group and we know we've got another game to secure our place in the latter stages. It'll be a difficult test for us, but we're in a solid place right now.

"We moved the ball a lot quicker, we were creating a few more chances. They dropped a lot deeper, so there was a bit more space for us in their half.

"It was tough to create chances and we had to score from a set-piece, but we're happy we've got a point at the end of the day."