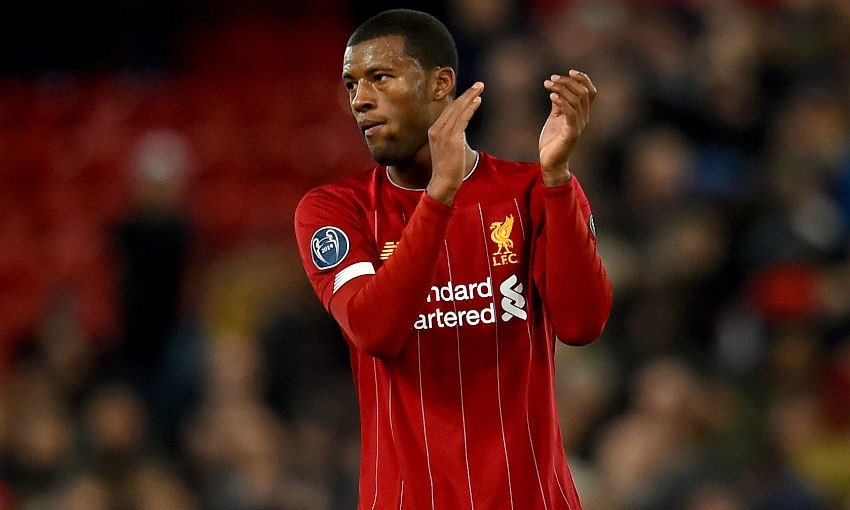 Georginio Wijnaldum was pleased with Liverpool's resilience during Wednesday's 1-1 draw with Napoli in the Champions League, but admits the side need to continue to 'work on' converting pressure into chances.

After Dries Mertens' first-half opener, Dejan Lovren headed in at Anfield with 65 minutes on the clock to ensure the Reds remain top of Group E heading into matchday six.

The equaliser was part of an improved display from the champions of Europe following half-time, although Wijnaldum felt there should have been more opportunities to win the tie.

The No.5 told Liverpoolfc.com: "Sometimes you need those kinds of things – a goal or some momentum to come better in the game.

"We tried to fight until the end of the game and that's what we did. We were happy that we could score the equaliser. Now we have to finish it against Salzburg."

The draw means Liverpool head to Salzburg next month needing to avoid defeat in order to secure passage into the knockout stages of the competition.

"In this case, you mustn't be too comfortable because we know how good Salzburg can be," Wijnaldum added.

"We know how good we can be if we are concentrated and give 100 per cent. Every game is different.

"What we have to do is give everything and try to make the best of it. Hopefully we'll get a good result there."