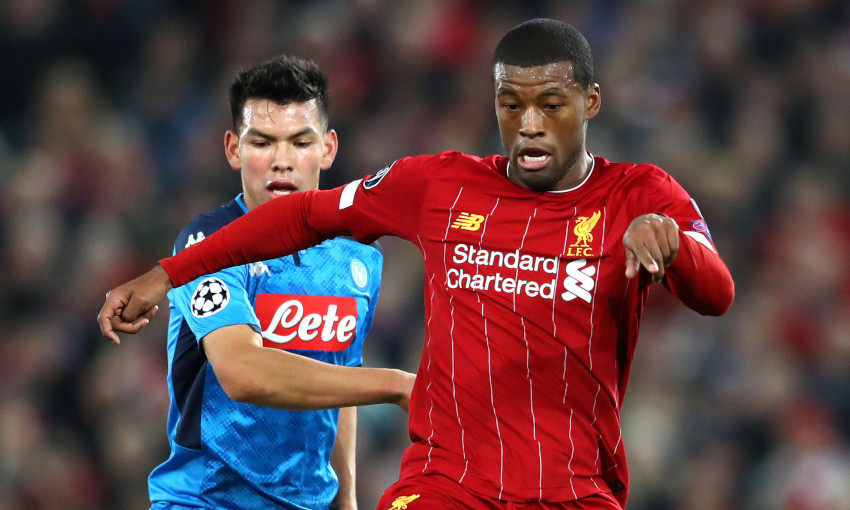 Liverpool's pursuit of qualification for the Champions League last 16 will continue to their final group match after a 1-1 draw with Napoli on Wednesday.

Dries Mertens swiped in an angled finish to hand the visitors a lead they defended past the hour mark on a difficult evening inside Anfield.

But Dejan Lovren’s perfect header from James Milner’s corner on 65 minutes levelled for the Group E leaders and set up a fascinating finale.

The Reds were unable to find a winning goal, however, and will require a point from their trip to Salzburg next month to guarantee a place in the knockout stages.

Jürgen Klopp opted for three changes to his starting line-up as Joe Gomez, Milner and Mohamed Salah came in for the fifth game of Group E.

Xherdan Shaqiri was back in the matchday squad for the first time since late September after injury.

A cagey opening 10 minutes was interrupted by a promising sight of goal for Mertens, teed up by a nudge from strike partner Hirving Lozano at the edge of the box.

Lovren stepped in with a timely block to stop the shot, though.

A similarly important intervention followed at the other end when Milner was freed in a pocket of space inside the left channel of the Napoli area, only for Fabian Ruiz to get in the way of his prod towards goal.

Liverpool were preoccupied by a Fabinho injury, meanwhile, and the midfielder – who appeared to twist an ankle – was forced off on 18 minutes having tried to continue. On came Georginio Wijnaldum. 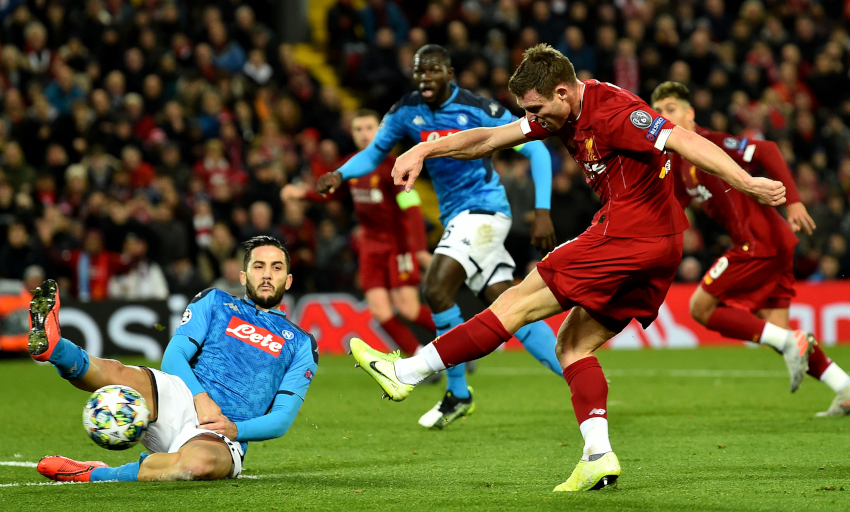 And the frustrating period of play was compounded for Klopp’s side when the visitors took the lead in contested circumstances midway through the half.

The Reds felt Mertens had fouled Virgil van Dijk – who subsequently required treatment – on halfway before the Belgium international beat the offside trap and swiped a finish across Alisson Becker and inside the left post.

After two VAR reviews, the goal was confirmed.

Van Dijk met an Andy Robertson free-kick with a firm header too straight at Napoli goalkeeper Alex Meret as Liverpool struggled to find clear ways through the opposition backline.

Claims for a penalty when Sadio Mane was held in the box by Giovanni Di Lorenzo were rejected, before Meret palmed away Milner’s hit after a smart jink through the defence, meaning the Serie A side took their lead into the break.

The fast start Liverpool would have wished for did not materialise when the teams returned – but they were so close to levelling in the 55th minute.

Meret fumbled a curling Jordan Henderson cross and Roberto Firmino instinctively hooked the loose ball back towards the net, where Kalidou Koulibaly was on the goalline to divert it the wrong side of the post.

Klopp soon called for Alex Oxlade-Chamberlain from the bench, the No.15 replacing Gomez and Henderson filling in along the right-hand side.

Past the hour mark, Salah swept an effort into the hands of Meret after a driving run from deep by Robertson, and Firmino sent a header wide from Oxlade-Chamberlain’s clipped cross.

But the pressure told on 65 minutes.

Lovren moved onto Milner’s deep corner from the right wing and directed a precise header into the left side of the net to haul the Reds level. 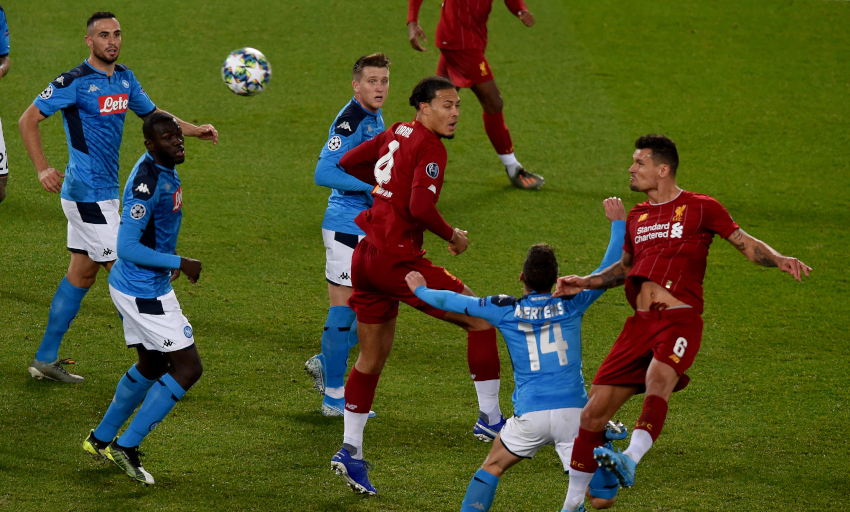 Knowing another goal would wrap up qualification for the last 16, Liverpool immediately set about breaching the Napoli defence a second time, and Salah saw a strong penalty appeal waved away despite holding by Koulibaly in the area.

The hosts’ push did not produce a winner in the time remaining, however, and Group E must be settled on December 10.