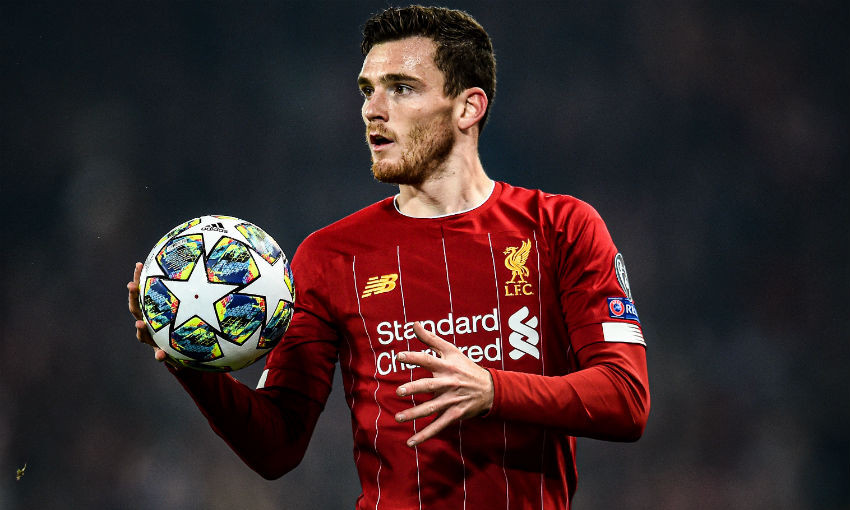 Andy Robertson is hoping an up-tempo Liverpool performance against Napoli will generate a relentless Anfield atmosphere that can help secure progression to the last 16 of the Champions League.

Victory over Carlo Ancelotti's side this evening would see the Reds confirm their place in the knockout stages by claiming top spot of Group E.

But in order to do so, Robertson has stressed the need for everybody of a Liverpool persuasion to be at their very best.

The left-back told Liverpoolfc.com: "It has to be the aim. Since I've been here we've always gone into the last gameday, which is always a wee bit nervy and stuff like that.

"It'd be nice to do it with one game left to spare but we know how hard it's going to be and know what Napoli do and how they play.

"It's all about bringing the noise to Anfield and hopefully we can follow suit and we can put in a good performance that gets the three points and gets this group tied up with one game to go."

On the role the fans can play, Robertson added: "You never get quite used to it. I think the fans are always able to surprise you.

"Hopefully it's another noisy one and another good one for us and the fans are right behind us.

"But we know they react off us and it's all about us to set the tempo and then I'm sure they'll react.

"It's another special night under the lights and for us to qualify with one game to go would be great.

"It's important that the fans show up and be noisy like they always are. Then we'll hopefully react to that and put in a good performance and get the job done, which we need to do."

Firmino, Trent and Robertson reaction: 'We have written Liverpool history'