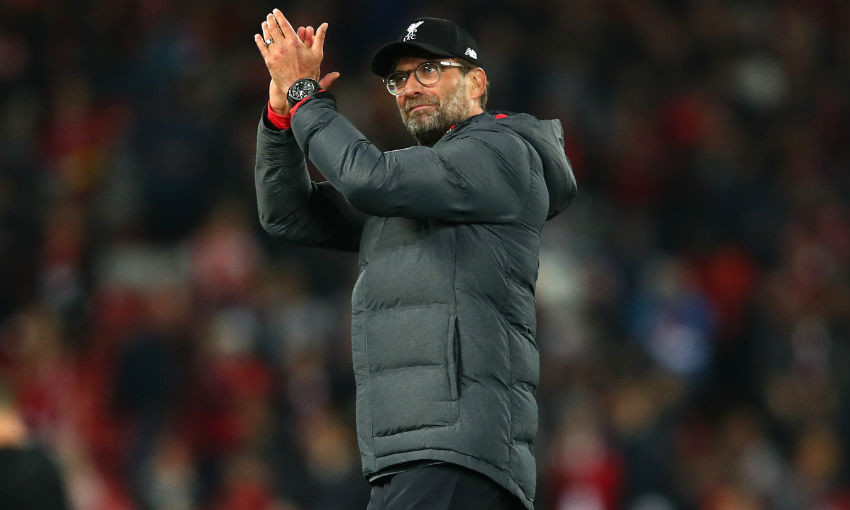 The privilege of playing in the Champions League is something Jürgen Klopp and his Liverpool squad will never tire of.

The Reds can qualify for the knockout rounds and secure top spot in Group E with a victory over Napoli at Anfield on Wednesday night.

Despite reaching the last 16 for the past two seasons and lifting the trophy in June, Klopp insists the competition's mystique remains fully intact for all involved at the club.

The boss told Liverpoolfc.com: "It's great. We just don't get used to it, that's how it is. It's nice and it's always exciting.

"An incredibly strong opponent in a difficult situation - we know that - but that makes them even more dangerous for us because they don't play in Italy now, nobody speaks about the problems, they speak about the opportunity to go through. They are really strong and we have to be at our best.

"But this morning I realised when I woke up that the next three games are home games and that pushed my mood massively actually. Not that I was in a bad mood, but now I'm really in a good mood, so that's really cool.

"Tomorrow night is the first one of them and it's very, very important for us, how everyone knows.

Napoli handed Liverpool their only defeat, over 90 minutes, of the 2019-20 season so far when Dries Mertens and Fernando Llorente netted late goals at Stadio San Paolo in September.

Carlo Ancelotti's side are familiar opponents to the Reds, with the teams meeting in the group stages of this tournament for the second successive season.

"The quality, the way they play, it's not that difficult but they do it really well and we struggled from time to time with it, to be honest," Klopp added.

"But the home game last year was sensationally good from us. I know it all came together on one Ali save which saved our life in that moment, but before that we should have scored - I think Sadio could have scored three or four that night. It was a really good game.

"The away game last year was the worst game of the last two years we played, I would say.

"This year the away game was not that bad, it was actually pretty good. We were fine with the game but then we lost 2-0, that's how football can be sometimes.

"Difficult but possible and that's enough."