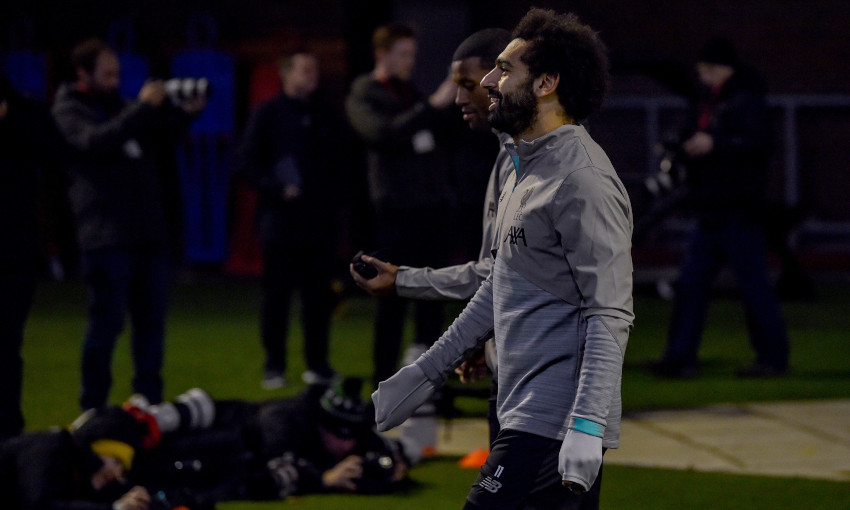 Mohamed Salah is in contention to face Napoli at Anfield after Jürgen Klopp revealed the forward has looked 'really good' in training this week.

The Egyptian was an unused substitute for Saturday’s 2-1 Premier League win at Crystal Palace as the Reds carefully managed the ankle issue that previously ruled him out of international duty.

But Salah – who scored the only goal of the game when Napoli visited in last season’s Champions League group stage – is set to be available on Wednesday night.

“He looked really good in training the day before yesterday especially, after the game. It was really good,” explained Klopp on Tuesday. “Yesterday we didn’t do too much, so we will see today – but I’m not worried about it.”

Naby Keita overcame a bout of illness ahead of the Group E tie, meaning the boss has no new injury concerns to consider for the clash with Carlo Ancelotti’s team.

Joel Matip has yet to return to training as the defender recovers from a knee problem, however, while Nathaniel Clyne is sidelined long-term.

Victory over Napoli would secure qualification for the last 16 as group winners for Liverpool.

“Napoli are a very, very dangerous opponent, very strong,” said Klopp, who will take charge of his 100th European game as a manager, as he assessed the opposition at his pre-match press conference.

“That’s what they will do at Anfield again.”

Ancelotti has brought a 20-man squad to Merseyside, with Lorenzo Insigne a notable absentee due to the elbow injury he sustained against AC Milan on Saturday.

The visitors are also without defender Faouzi Ghoulam and striker Arkadiusz Milik.

“We’ve had an extra day to prepare, we played on Saturday, so from a physical point of view the players are ready.”

On the challenge he expects against the Reds, the Napoli boss added: “We want to get through to the knockout phase, put in a good performance, play well, compete with Liverpool.

“Klopp knows we can create his team lots of problems, it’s what we did in the first game in this group. It’s going to be a tough game for us but I also think we’re going to be really stimulated – it doesn’t happen every day, playing at Anfield.”