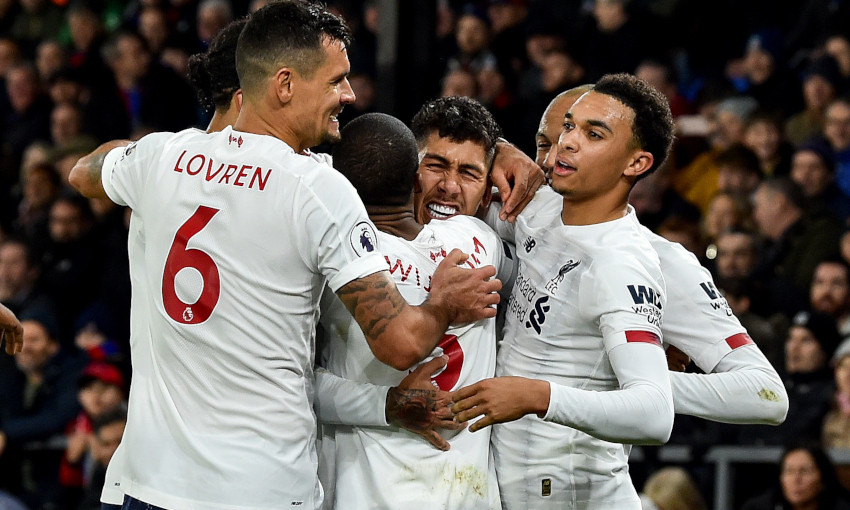 The Premier League leaders were forced to dig deep yet again on Saturday in the process of securing a 12th victory in 13 outings so far this season.

After a scrappy opening half in south London, a prodded finish from Sadio Mane edged the Reds ahead, but Wilfried Zaha struck back for the hosts in the final 10 minutes.

There was parity for a matter of moments, however. Roberto Firmino capitalised on a scramble from a corner to sweep in a second – winning – goal for the visitors.

Alexander-Arnold considered the satisfaction the players felt after the final whistle a symbol of how hard they had to work for their three points.

“There was obviously a lot of emotion out there,” the full-back told Liverpoolfc.com.

“It was a tough game and this is always one of the toughest places to come, Selhurst Park, with the crowd right on top of you it’s going to be a really tough game.

“They’ve got some really good players and it’s always, for some reason, really difficult coming here so we’ve done well to get the win. We knew it meant a lot so hopefully we’ll be able to keep going and use this as momentum.

“The first game back after an international [break] is always difficult because you go away, you play a different style and then you have to try to come back in. You’ve got players travelling all over the world and obviously a bit of jetlag in there but, again, we’ve come back to have a few days of training and we’ve performed not at our best but we’ve got the win.

“That’s what good teams do, find a way to win, and that’s what we have done.”

It was the third successive away league match in which Jürgen Klopp’s side have gained points with goals in the 85th minute or later, living up to his ‘mentality monsters’ nickname for them once more.

“We have been showing that throughout the course of the season and even last season we showed how much of a good team spirit we have got and resilience,” said Alexander-Arnold.

“We had a setback with their goal and we bounced back pretty much straight away. We showed our quality and went up the other end and scored.

“We knew it was always going to be tough but we’ve showed how good a team we are.”

Late goals and dramatic turnarounds have become a trait of this Liverpool squad and each provides its own boost in confidence and conviction.

But Alexander-Arnold admits the Reds must improve – particularly in the search for a first clean sheet since September 28 – to make them unnecessary.

“So far this season we have had setbacks, we’ve went down in games, had late equalisers against us and we’ve showed that whatever people throw at us we bounce back and proved we are such a solid team,” added the England international.

“We probably want to be picking up more clean sheets than what we’ve been doing and that’s been a disappointment for us.

“But we can’t complain. We’ve got a lot of points on the board but know there is still a long way to go.”