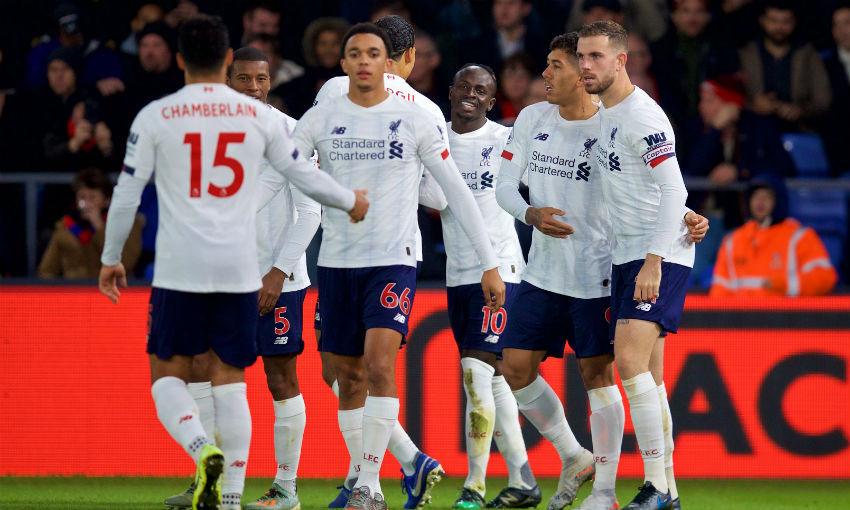 Roberto Firmino scored a late winner to secure Liverpool a dramatic 2-1 victory over Crystal Palace at Selhurst Park in the Premier League on Saturday afternoon.

Firmino netted from close range with just five minutes remaining after the hosts had equalised in the 82nd minute through Wilfried Zaha.

Sadio Mane had given the Reds the lead with his deflected strike from inside the penalty area in the 49th minute before a frantic conclusion.

It means Liverpool maintain their eight-point advantage at the summit of the Premier League.

Alex Oxlade-Chamberlain came in for Mohamed Salah for Liverpool's only change, with Andy Robertson fit to start after withdrawing from international duty with Scotland due to injury.

A positive start from the visitors nearly led to an early breakthrough. Mane twisted to beat two Palace defenders before laying the ball off and making his way into the penalty area.

Trent Alexander-Arnold drilled a cross that found the No.10, who saw his side-foot effort blocked in the nick of time by James Tomkins.

But the hosts should have perhaps gone in front in the 17th minute. Jordan Ayew got on the end of Cheikhou Kouyate's ball into the box, but the Palace forward poked his finish just wide. 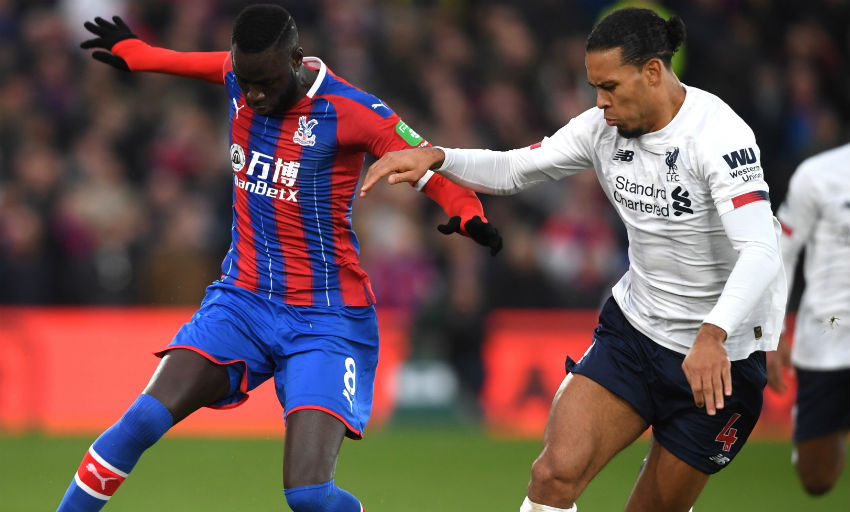 Palace then thought they were heading into the half-time break with a one-goal lead when Tomkins headed in at the back post off Luka Milivojevic's free-kick.

However, VAR ruled the goal out for Ayew's push on Dejan Lovren to bring an end to a scrappy opening 45 minutes.

The Reds returned from the break determined. Moments before the eventual opener, Mane fired just wide after Jordan Henderson's defence-splitting through ball.

But then Robertson's cross found its way through to the speedster and he struck a shot that took a deflection and hit both posts before trickling over the goalline. 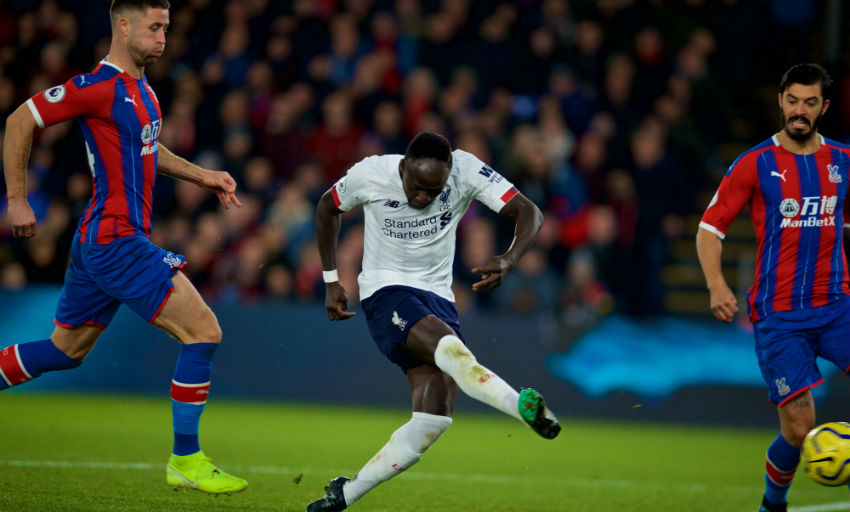 Palace searched for an equaliser through long-range efforts from Milivojevic, but it was very nearly 2-0 as Alexander-Arnold's corner just evaded Lovren at the back post.

With Liverpool continuing to look for that second goal, Firmino was denied in the 65th minute by stopper Vincente Guaita when through on goal.

Then it was Palace's turn to go close. Jeffrey Schlupp's effort from distance required Alisson Becker to divert it round his post for a corner. Then substitute Christian Benteke's bicycle kick went narrowly wide.

The pressure finally told, though, when parity was restored eight minutes from time. Andros Townsend worked the ball to Zaha, with the Palace winger firing beyond Alisson and into the corner of the net.

But the scoreline was level for a little over three minutes.

Alexander-Arnold's corner caused a desperate scramble in the area. After a chaotic few seconds, the ball fell to Firmino, who thrashed the ball into the back of the net.

Zaha then squandered a fine opportunity in the dying seconds as Liverpool held on to the hard-fought three points.