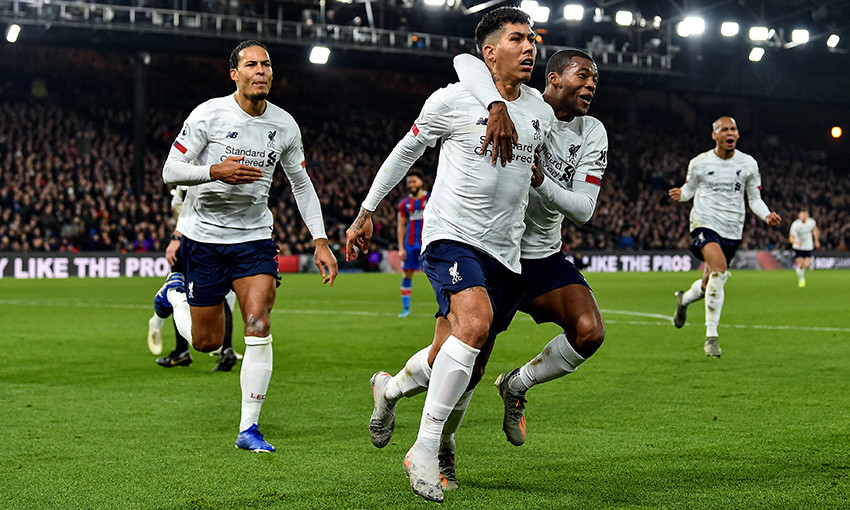 Roberto Firmino scored a late winner as Liverpool beat Crystal Palace 2-1 on Saturday to help maintain an eight-point lead at the top of the Premier League.

It was strike partner Sadio Mane who opened the scoring for the Reds just after the break at Selhurst Park, but Wilfried Zaha equalised for the hosts with 82 minutes on the clock.

However, with five minutes left to play, Firmino kept cool amid a goalmouth scramble to fire home from six yards and ensure all three points headed back to Anfield.

Here are five talking points from a hard-fought match.... 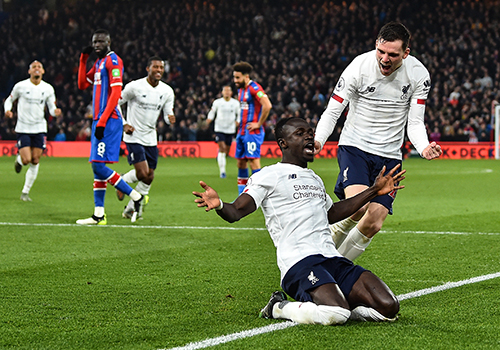 Mane headed into this game with a remarkable goalscoring record against Palace and emerged with an even better one - via a little help from both posts.

The forward's 49th-minute opener was tipped onto the woodwork by goalkeeper Vicente Guaita and bounced across to the other upright before crossing the line to make it eight goals in 11 appearances against the Eagles in his career.

Five of those have come in Liverpool's last five league meetings with Palace, and Jürgen Klopp's side have won them all.

That quintet of strikes moves Mane level with Steve McManaman as Liverpool's second-most prolific scorer against the Eagles, with only Ian Rush ahead on seven.

However, his run of netting in five consecutive matches against them extends a club record - no other player in Reds history has scored in more than two successive meetings with the south Londoners. 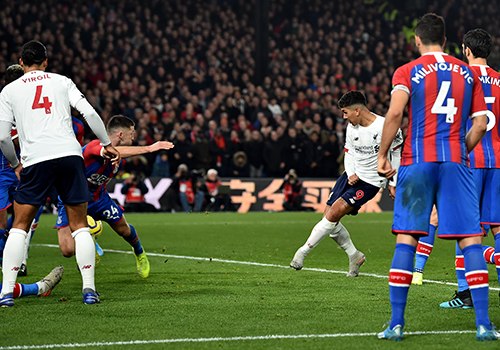 If you are going to hit a dramatic late winner to keep Liverpool's title challenge right on track, you might as well do it to mark your 150th Premier League outing for the club in style.

The Brazilian's six-yard strike might not have been his most aesthetically appealing goal for the Reds, but it could turn out be a hugely important one. It also ended a nine-game drought for the forward.

Since making his debut for Liverpool in a 1-0 win at Stoke City in August 2015, Firmino has played in 150 out of a possible 165 league matches.

That's an incredible ratio and underlines the importance of the No.9, and his 52 goals so far.

Mane and Firmino's strikes also mean that this Reds team are just one game shy of equalling the club's longest-ever unbeaten run in the top flight.

Klopp's men have gone 30 fixtures without defeat in the Premier League.

To put that into perspective, the side with the next longest current unbeaten run in the division is Wolverhampton Wanderers, with eight.

Not only are Liverpool unbeaten, but they have won 25 of those 30 matches. 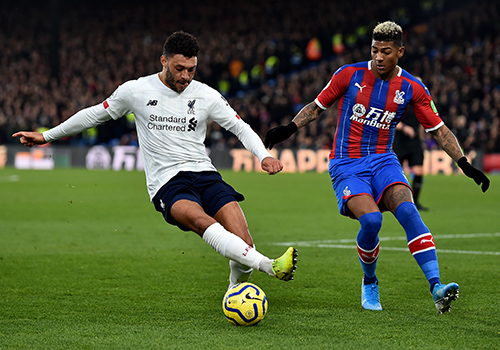 With Mohamed Salah on the bench, Klopp called on the in-form Alex Oxlade-Chamberlain to slot into his forward line at Selhurst Park.

The No.15 had scored four goals in his previous three starts, in the Champions League and Carabao Cup, and began the game on the left of the front three, with Mane stationed out on the right.

The pair switched after about 30 minutes and Oxlade-Chamberlain had an immediate impact, picking up the ball and driving inside on multiple occasions as Liverpool reclaimed control of the match after a good spell from Palace.

The midfielder, making his third Premier League start of the season, was withdrawn after 62 minutes but had already shown the versatility that will make him a key asset as the Reds head into a packed festive fixture list. 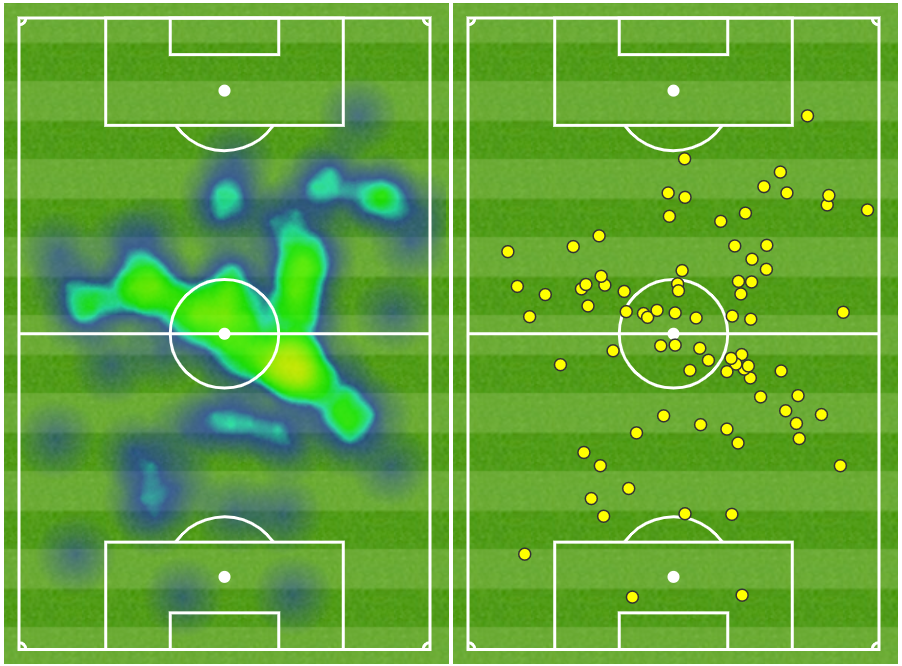 Fabinho's heatmap and touchmap versus Palace

Fabinho has become an increasingly vital figure in Klopp's side since his move from AS Monaco in 2018.

Liverpool have never lost a Premier League game he has started and the Brazil midfielder is usually one of the first names on the teamsheet.

However, there will be a Fabinho-shaped hole in the XI for the visit of Brighton and Hove Albion next Saturday, after he picked up his fifth booking of the season for a foul on Cheikhou Kouyate.

The No.3 will serve a one-match suspension next weekend, enforcing a change for the boss in the centre of the pitch.