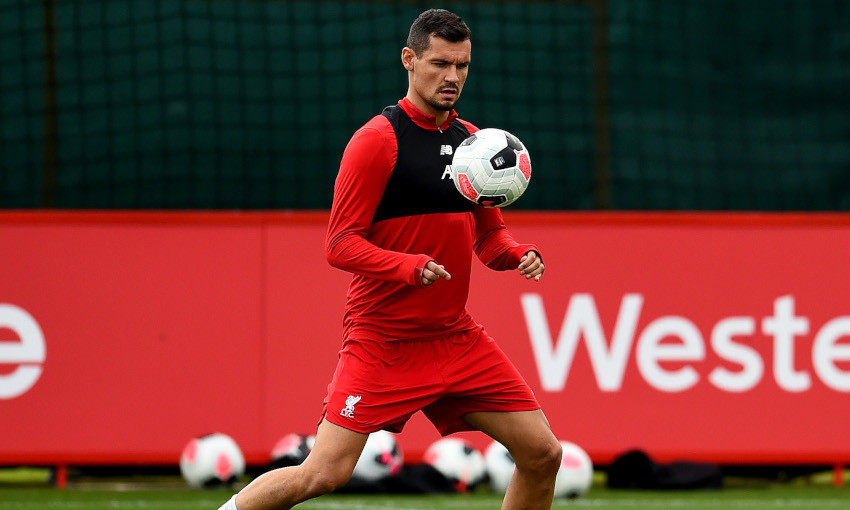 The current state of play at the top of the Premier League table is not in Liverpool's thoughts as they return to action today, Dejan Lovren insists.

The Reds opened up an eight-point lead at the summit by virtue of a 3-1 win over Manchester City prior to the international break.

However, Lovren has explained why Jürgen Klopp’s team’s only focus is on the task at hand against Crystal Palace this afternoon.

“It’s quite important, of course, to continue where we left off,” he told Liverpoolfc.com. “It is easy always to say ‘keep the momentum’ but it is really hard work on and off the pitch to do that.

“You will look on TV and see the [points] gap and maybe that’s the only thing you will see, but on the pitch we don’t think about it. It is just about winning games, game by game.

“We don’t think about what will happen in two or three months’ time, we are really 100 per cent focused for the next game against Crystal Palace. That’s our work, that’s how we should do it.

“I think now we are more experienced and I think we’ve learned many things.”

Lovren believes Liverpool’s searing focus is something that’s been worked upon over the course of the last few campaigns.

Detailing how the Reds are able to remain concentrated only on the forthcoming fixture, he explained: “Just focused on yourself, on your play, on the ball, on the moment which will arrive, it is as simple as that.

“It’s about training your mind. I know it is easy to say, but it’s hard to produce that on the pitch game by game, to stay hungry and focused.

“But we know what we want, we know what we can achieve. We showed that last year in the Champions League, two seasons in a row being in the final, it says a lot about us and that we stay hungry.”

Ready again for the @premierleague 🔴🔴😉👍🏻

Liverpool face a Palace side who come into the latest round of Premier League fixtures in 12th position in the standings having tallied 15 points from their opening 12 matches.

The Eagles are without a win in their last four outings in the division, but Lovren doesn’t anticipate anything other than a stern test of the Reds’ unbeaten record.

“We know how difficult it is to go there and play against Crystal Palace,” said the centre-back. “Maybe at the moment they are not in the best form, but that doesn’t mean anything.

“We know what a hard place it is to go and to beat them, but we know our qualities, we will focus on ourselves, give our best and try to take the three points.”