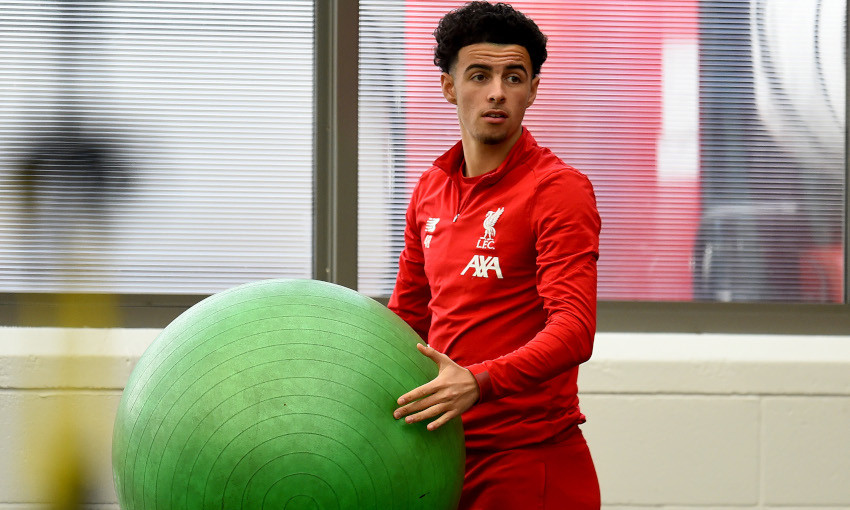 Gini Wijnaldum’s heroics for the Netherlands won’t spare him a ribbing when he gets back to the Liverpool dressing room, according to teammate Curtis Jones.

The Reds No.5 hit his first international hat-trick on Tuesday, and also had the honour of wearing the captain’s armband in the absence of Virgil van Dijk, as Ronald Koeman’s side rounded off their successful Euro 2020 qualification campaign with an emphatic 5-0 win over Estonia in Amsterdam.

It took Wijnaldum’s overall tally for the campaign up to eight, with only six players in all of Europe netting more during the process.

“Every time Gini goes away he seems to score, and in the changing rooms he actually sits next to me and Virg, so I’m always laughing about it,” Jones joked when in conversation with Liverpoolfc.com. “I say, ‘You don’t score many for the club, so why are you always scoring for the national team?’

“But Gini is a great player and an even better person, so it’s great to see him doing so well. Everyone knows what he’s capable of and he went and showed it. He had the armband on too, which is good to see, and I just can’t wait to see him, because I’ll be having a little laugh with him!

“He’s definitely someone I look up to as a player.”

What a night!! Unbelievably honoured to make my debut as captain today, to combine that with 3 goals is just unforg… https://t.co/Ho9MtuKG9h

The Liverpool U23s captain was speaking during a visit he and his young teammates made to Alder Hey Children’s Hospital on Wednesday.

“A few of the kids have been through operations and are having a tough week, but we’ve come here and given them sweets and put a smile on their faces,” Jones continued. “We are fortunate enough to be fit and to be able to go on the pitch and perform every week, but a few of these kids are going through something a bit different, so it’s always good to come in, see how they are and hopefully make them feel that little bit better.”

Phil Roscoe, head of education and welfare at the LFC Academy, was also part of the delegation and explained why the regular visits made by Academy players and staff to the West Derby facility are so important.

“We come to Alder Hey quite a few times throughout the season,” he said. “First and foremost, it’s a great experience for the lads to come and try to brighten up what can be quite a difficult day for the children.

“The staff are so friendly and they’re so skilled at what they do, and it makes me think that the children they look after are in really safe hands. As a football club, if we can do our bit in terms of being able to contribute to that, that’s brilliant.”

Curtis Jones: I'm happy with my goals but the win is more important