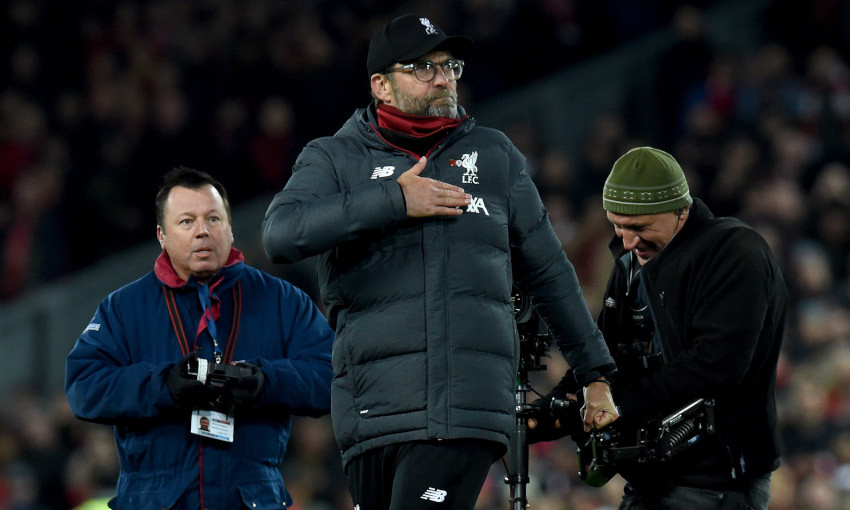 Liverpool may have developed an uncanny knack of staging dramatic comebacks, but it’s a quality nobody should take for granted, insists Jürgen Klopp.

The Reds have tallied 10 points from losing positions in the Premier League so far this season to remain unbeaten after 12 matches and open up a lead over their rivals at the summit.

Indeed, Klopp has often christened his team the ‘Mentality Monsters’, but it’s not a characteristic that’s developed and maintained without hard work and persistence.

“How important is the mental side in football? It’s all, if you like,” the manager told The Athletic in an exclusive interview.

“You can have the best technical ability but if you aren’t ready to show it then you can’t make the best of it.

“It’s no different in football than it is in normal life. The first step to achieve whatever you achieve is to think you can do it. You want to do it, you want to achieve it then you have to find a way to go there.

Perhaps the most spectacular of all of Liverpool’s fightbacks in 2019-20 to date came at Aston Villa recently.

Trailing to Trezeguet’s early strike at Villa Park, the Reds rallied late on to snatch all three points, with goals from Andy Roberson and Sadio Mane in the 87th and 94th minutes.

Klopp continued: “You can’t just order it and then assume the boys will deliver it. If it was that easy then you could just tell them in the moment when you are 1-0 down with 10 minutes to play, ‘You still have to believe’.

“You have to create something and what we have created all together started long ago. People now talk about it but I already feel uncomfortable talking about it because I don’t take it for granted, not for one second. It’s not that I’m thinking five minutes before we go 1-0 down ‘No problem, you can score’.

“It’s happened more often than not that we’ve come back which is good, very good, but [we are] not allowed to take it for granted. It’s just that because it’s happened so often, psychologically it’s clear. If you do something good then it’s absolutely likely that the next time you do it, it’s likely that it will work out again.

“If you fail at something then you need to convince yourself ‘I can do it’. You have to at least see the chance that it can work out. That’s what the boys have worked for over the past four years. Everything is different now.”