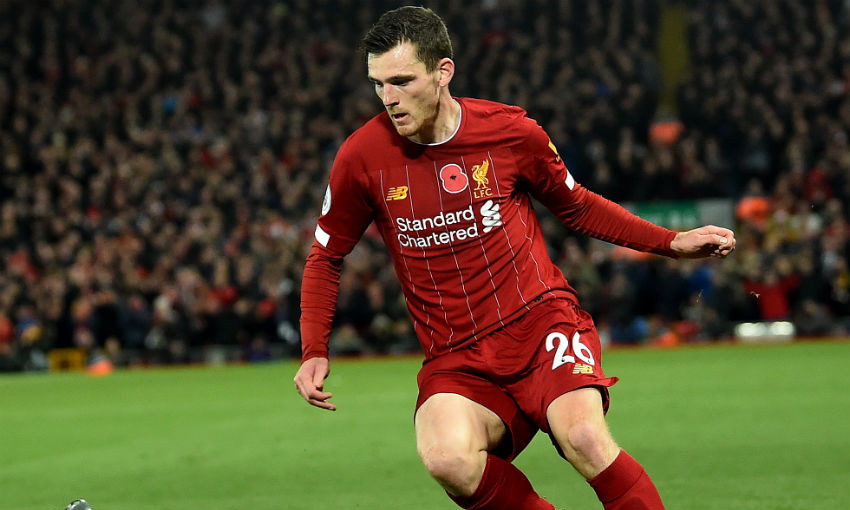 Andy Robertson explains how he and Trent Alexander-Arnold just look to produce consistent all-round performances every time they play for Liverpool.

The duo continue to deliver crucial contributions in the final third, although Robertson insists equal emphasis is also placed on their defensive work.

The Scot told Liverpoolfc.com: "Me and Trent had big numbers last season in terms of contributing to goals and stuff, but it was more than that.

"Defensively we were also very good and this season we've tried to do the same. We just try and produce high standards in every single game - it's not always possible.

"Trent is 21 and he's producing performances unbelievably and hopefully he keeps that up.

"Hopefully the team keeps it up because we're doing well so far and there's confidence in that changing room."

Robertson and his Liverpool teammates have entered the international break eight points clear at the top of the league standings.

The win over City is significant, according to the left-back, but far from decisive in where they the title ends up going in May.

"Massive for us," he continued. "A big game against our closest rivals from last year.

"Both of us were in a league of their own last year and it looks as if there's going to be a couple of others sniffing about this year. But I still believe if you finish above Man City then I think you'll get the title.

"It's a massive win for us and it's just another one that we've got to tick off. There's still a long, long way to go, but it's always nice to beat your rivals."

On the game itself, Robertson added: "I think in these games the first goal is always crucial and luckily Fabinho has hit an absolute rocket.

"After that then we've gone up the park again and scored and got 2-0. We stayed calm, we stayed composed and we knew the next goal was so crucial because if Man City scored then we know how good they can be. Luckily Sadio got on the end of a delightful cross by Hendo.