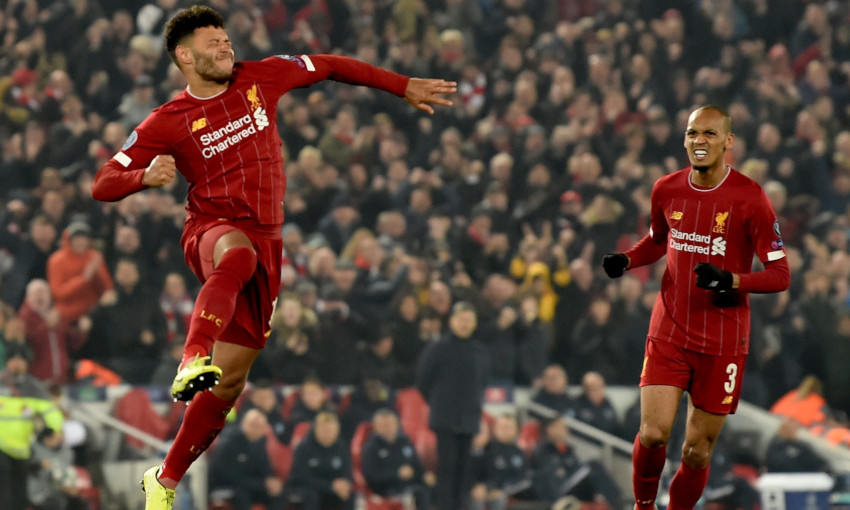 Liverpool took a step towards qualification for the knockout phase of the Champions League with a 2-1 victory over Genk at Anfield on Tuesday night.

Georginio Wijnaldum gave the Reds an early lead, profiting from a deflected cross to scoop into the roof of the net from close range, but Ally Mbwana Samatta levelled before half-time against the run of play.

Alex Oxlade-Chamberlain restored the European champions’ lead just after the interval with a neat finish on the turn and the home side had further chances to extend their advantage.

Genk mustered late pressure as they went in search of an equaliser; however, Liverpool held onto their lead to go top of the group following Napoli’s home draw with Salzburg.

It means a victory for the Reds over the Italian side on matchday five at Anfield on November 27 will see them into the last 16 of the competition and continue their defence of the trophy.

Liverpool made a total of six changes from the team deployed at Aston Villa on Saturday. Joe Gomez, James Milner, Fabinho, Naby Keita, Oxlade-Chamberlain and Divock Origi came into the XI, though Jordan Henderson was ruled out altogether due to illness. Curtis Jones was named on the bench.

Liverpool kicked off at Anfield knowing victory would enhance their prospects of qualification from Group E, with just two further games to play after tonight.

And from the off, they set about looking for an early advantage, with Virgil van Dijk hoisting over from a Trent Alexander-Arnold corner in the opening stanza.

However, a breakthrough would arrive soon after – on 14 minutes, to be precise – when Milner’s driven ball across the face of goal ricocheted off Sebastien Dewaest, allowing Wijnaldum to hook in from close range.

Milner and Keita were then denied by Gaetan Coucke, with the home side firmly in control of proceedings.

On the half-hour, only a spectacular block from Carlos Cuesta denied Oxlade-Chamberlain a clear strike at goal after the No.15 had twisted into space inside the box.

Mohamed Salah was next to try his luck at furthering Liverpool’s grip on the game; the Egyptian pushed a Milner pass into space before skimming just beyond the far post.

Genk summoned their first threat five minutes before the break, but a timely intervention from Alexander-Arnold prevented Samatta from turning in a Cuesta delivery.

Nevertheless, from the resulting corner, the forward thumped a near-post header into the net to level the scoreline.

Bryan Heynen then drilled wide of Alisson Becker’s near post; however, with half-time approaching, Origi spurned an opportunity to restore the hosts’ lead when he dragged Fabinho’s prod into his path the wrong side of the far stick.

And in stoppage-time, Van Dijk watched his glance goalwards from Alexander-Arnold’s swipe bounce agonisingly off target by an inch, leaving the scoreline locked at 1-1 at the break.

Genk almost stunned Anfield with moments of the re-start, but Alexander-Arnold was again on hand to snuff out the danger as he stabbed the ball away from Heynen.

Two minutes later, Liverpool were back in front. Oxlade-Chamberlain was again on the scoresheet – his fourth goal in as many appearances – with the midfielder spinning onto a Salah pass and diverting the ball low into the corner with aplomb.

Salah himself could have added to the Reds’ tally when space opened up inside the box; however, his eventual shot lacked the power to beat Coucke before Alexander-Arnold hammered a left-footer over soon after.

Andy Robertson and Sadio Mane replaced Keita and Oxlade-Chamberlain as the clock ticked towards its conclusion.

Genk threatened to restore parity when Heynen had a strike beaten away by Alisson before Casper De Norre headed over from a return ball into the area.

The Belgian champions served up a couple of further nervy moments before the finale, but Liverpool did not relinquish their lead, meaning qualification can be assured with a win over Napoli at Anfield in three weeks’ time.