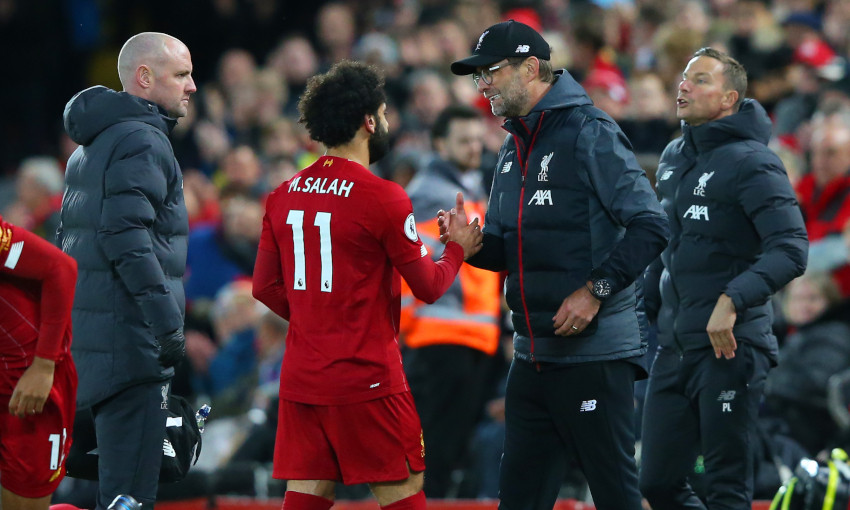 Jürgen Klopp has confirmed that Mohamed Salah was substituted against Tottenham Hotspur due to an ankle problem, but the Liverpool boss believes it is 'not a massive issue'.

The No.11 was withdrawn late on during the Reds’ come-from-behind 2-1 victory at Anfield, a result he earned by converting a 75th-minute penalty - his 50th Anfield goal in just his 58th home appearance.

“Virgil got a dead leg,” the manager explained to Sky Sports post-match.

“Mo is the same ankle [he injured earlier this month], it just gets sore the longer the game goes on.

“It’s not a massive issue, that will disappear one day, but it’s still a bit there at the moment.”

Klopp added during his press conference: “If you get a knock on it then you feel it more and it makes no sense to try to push it through because we had other players, still options to change, and that’s what we did. No, nothing serious.”