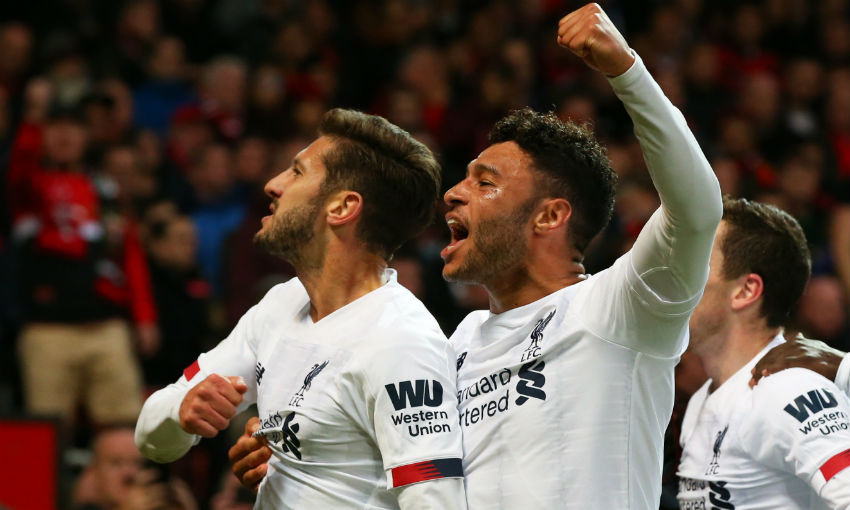 The sight of Adam Lallana and Alex Oxlade-Chamberlain back on the scoresheet for Liverpool had Jordan Henderson 'buzzing', with the captain believing there's more to come from the duo.

Lallana came off the bench at Old Trafford last weekend to score his first Premier League goal since May 2017 and earn the Reds a point against Manchester United.

In the next fixture, Oxlade-Chamberlain netted twice and produced a Man of the Match display to help Jürgen Klopp's side beat Genk 4-1 in the Champions League.

Video: Every angle of Ox's stunning goal against Genk

Such contributions left the skipper delighted after the pair's troubles with injury.

Henderson wrote in his column in the official matchday programme: "I couldn't not mention Adam Lallana for his match-saving moment at Old Trafford last week or Alex Oxlade-Chamberlain for his magic in Genk.

"It's no secret how close Adam and I are - as are our families. It wasn't just the goal that lit up Manchester for us, it was his entire performance.

"The truth is we've seen that quality day in and day out at Melwood for a very long time.

"He's as fit and as strong as I've ever known him. If anything he's getting quicker in mind and that is reflected in how influential he can be in games.

"Those of us who've seen Adam over the past 18 months specifically know he's been fit, available and contributing through the quality he brings to our squad every day in training.

"And on Ox: two goals midweek and the second of those was a 'wow' moment.

"I was warming up on the touchline when he scored it and after I picked my jaw off the floor, I couldn't do anything but clap. That's such a difficult technique to pull off, but it is typical Ox.

"Those goals will give him a big boost I'm sure, not that he really needed it though. He's a massive personality and someone whose quality is going to be so valuable.

"I'm buzzing for both of them and I'm sure there is so much more to come as this season develops."