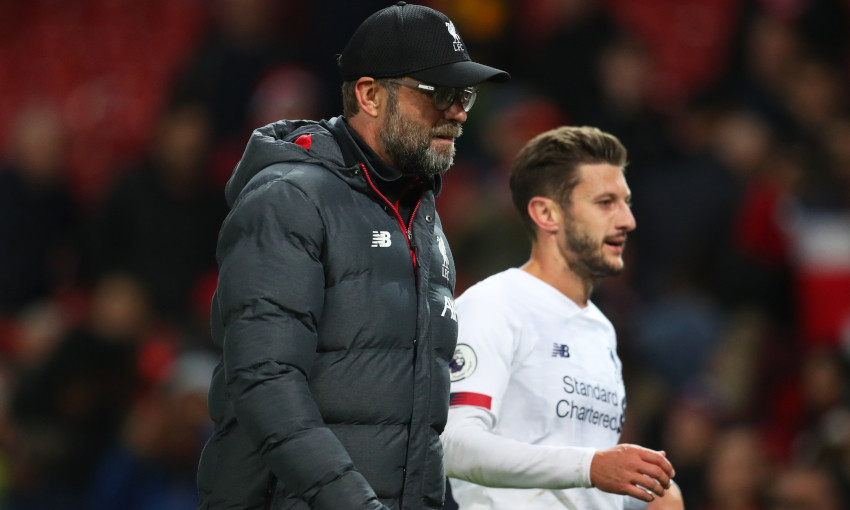 Jürgen Klopp described Adam Lallana's late equaliser at Old Trafford on Sunday as a 'wonderful story' for the Liverpool midfielder.

Sent on in the 71st minute of the Premier League clash with the Reds trailing 1-0, Lallana was in the right place to convert Andy Robertson’s low cross and secure a point in the game’s closing stages.

It was the Englishman’s first goal for the club since May 2017, with injuries having limited his first-team opportunities during the previous two seasons.

“This weekend we had a long talk in general about our situation, and he is completely relaxed and fine and knows how difficult it is at the moment to come into the team.

“But he just trains well and he deserved that; it was 25-30 minutes and he had a proper impact. Then scoring a goal… wow! That was really, really nice.

“It would have been a better story if somebody would have scored a second one, but now we have to take that.”

The 1-1 draw against United extended Liverpool’s unbeaten start to the Premier League season to nine games, with their lead at the top now six points.