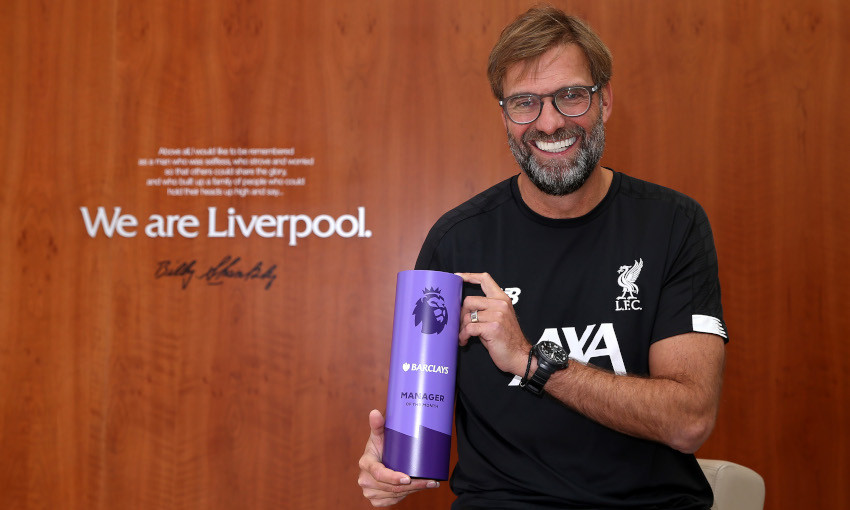 Jürgen Klopp insisted on looking to the future as he received his second Premier League Manager of the Month award of the season on Friday.

The Liverpool boss was recognised for his team’s performances during September, which yielded victories against Newcastle United, Chelsea and Sheffield United.

Klopp also took the prize in August, with the Reds on a 17-match winning streak in the Premier League since the end of last term.

After collecting the award at Melwood, he spoke to Premier League Productions about his side’s form, the demands ahead of them, and a tradition for away fixtures…

Congratulations on the second Premier League Manager of the Month award in a row. How does it feel?

Good. It’s quite impressive what the boys did so far. There were moments when we needed a little bit of luck, that’s clear – I don’t forget Sheffield United and how we scored the goal there. But still, it’s an impressive season so far from the boys and I’m their manager, so somebody thought: eight games in a row, we should give him the trophy for a second time. It’s nice.

That winning streak continues, 17 in succession…

Good, but it’s the past. It’s something you have to build on, of course, that’s what we always try. You want to have a good start to the season, we obviously had a good start to the season. But now we have to carry on. If you go through our next three or four months, it’s just incredible how often we will play football. So many things can happen; you need to be lucky with injuries and all that stuff, that’s really important.

If we are complete and if we can rotate a little bit here and there, we are a good football team, we know that. But we go for the highest stakes, we have to win pretty much all the games, there are not a lot of opportunities for us to waste time, let me say it like this. It’s a tough one. But we had the best start we could have imagined, points-wise at least. And performance-wise, very often very good as well. So far, so good – let’s carry on.

How do you maintain the levels that you’ve set? What do you have to do?

The good things again; the bad things not anymore. Just the normal things – we have to stay focused. But the boys are and we are. After winning the Champions League, a lot of people maybe thought now we’ve won something and we are now in a relaxing mood. We are not, we are desperate to do something special. But it’s so difficult, we know that, there is no guarantee.

So it’s coming really thick and fast, and that’s what we have to be prepared for. The only thing we can do is be really focused on the next game and that’s Man United. That’s what we tried after the international break. Both teams had the international break so both teams might have some problems with rhythm and bringing all the stuff together again. But it’s a very important game for us, a very big game for the club, so let’s try to do our best. 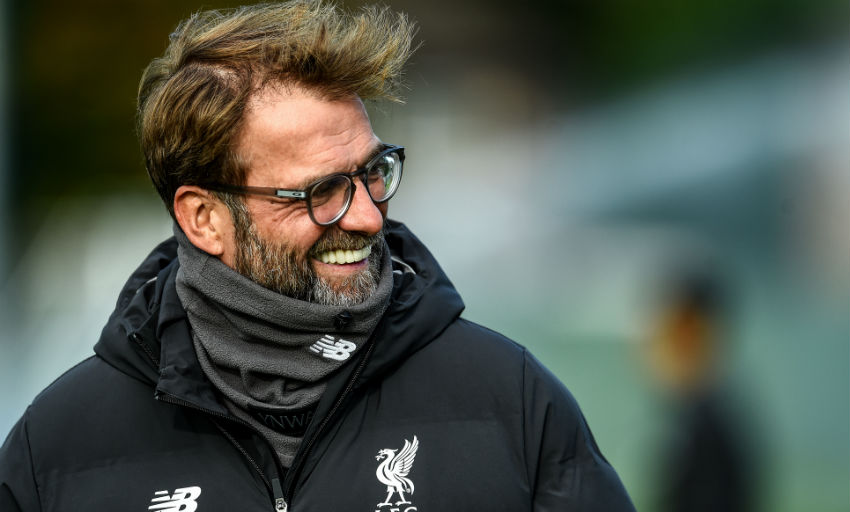 September was a good month for you – was there a standout from the three victories?

No, they were all so important. It’s not that I was happier after Sheffield United than after Chelsea or Newcastle. It’s so difficult to win any football game in the Premier League and you win it and you are really happy about that. Then the next moment you start preparing the next opponent; we cannot have a party after each game. The only thing we always do with away games is we have a little tradition – if we win an away game, all the coaching staff and medical department have a beer together on the bus. It’s not a party, just a beer.