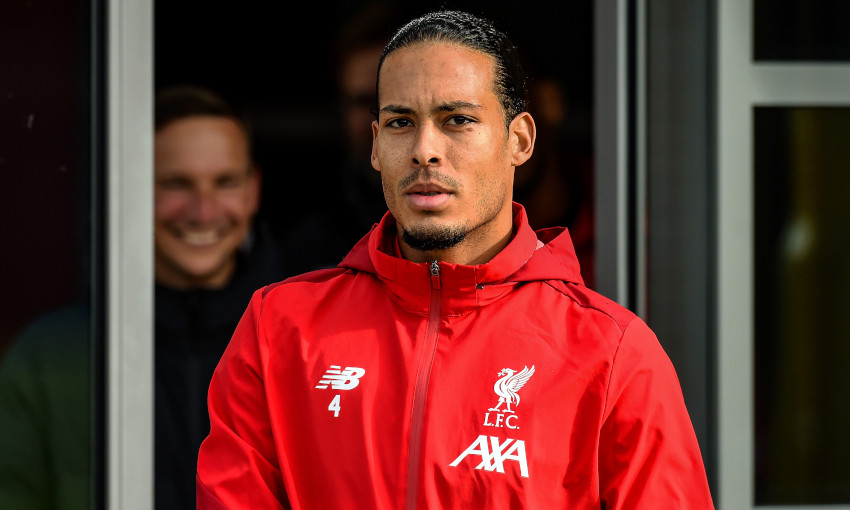 Virgil van Dijk feels Liverpool 'just have to go for it' in their pursuit of the Premier League title.

The Reds have surged into an eight-point lead after winning each of their opening eight games before the October international break.

They return to domestic action with one of the highlights of the fixture calendar: a trip to Old Trafford to face fierce rivals Manchester United.

And ahead of the clash, Van Dijk outlined his approach to the long race to top the table and how that has been influenced by last season’s second-placed finish.

“I don’t think we have anything to lose,” the Netherlands captain told Sky Sports.

“Man City are the champions, they’re defending their title and we want to get it. In my point of view, we just have to go for it.

“We definitely need to enjoy it [being top of the Premier League] and be full of confidence, especially with the way we’ve got these points, having not had the best games but still getting the wins.

“There are so many games left, you can’t really think about it [winning the title] – it’s not realistic. We shouldn’t and we don’t, but it’s the better situation to be in.

“I don’t watch Man City’s games but I have family and friends who text me or say something, especially after the Wolves game [against City].

“That’s just part of life but we’ve learnt from last year that we don’t have to look to the others until the end of the campaign. So far, we have been doing well but Man City are definitely not going away.”

Liverpool’s disappointment at missing out on the championship in 2018-19 despite gathering 97 points was, of course, tempered by their subsequent Champions League success.

But their desire to collect silverware has not been sated by that victory in Madrid. The opposite, in fact, insists Van Dijk.

“The hunger [to win trophies] is even more than it was before [winning the Champions League],” continued the No.4.

“Everyone wants to experience it again. It was such a fantastic evening with the whole build-up and everything that started with the game against Barcelona at home.

“We all have dreams, we all have targets. With the Champions League last year, we all started the competition hoping to win it and it’s the same with the Premier League. Hopefully it’ll happen this year but if not, we go again next year.”

The centre-back has started every Reds match aside from the Carabao Cup tie with Milton Keynes Dons so far this season, continuing an almost ever-present run in the side since he signed from Southampton in January 2018.

Sunday’s meeting with United marks the beginning of another hectic period of fixtures for Jürgen Klopp’s team – but it’s a situation Van Dijk takes in his stride.

“I want to be involved in every game,” he said. “They’re the most fun part of being a football player anyway, to go out there and show your talents to the world, try to win a game with a team you train with day in, day out.

“It’s not easy, you need to look after yourself and with the life we live, it’s very important to leave a lot of things. For example, we play four games in the next 11 days, you’re travelling and staying in hotels and you need to watch what you eat, drink and make sure you recover well.

“I’m not complaining, not at all, but you need to look after yourself because at the end of the day, the people are coming to the stadium to watch you play and it doesn’t matter if you had a cold the day before, they want you to turn up on matchday.

“That’s why it’s very important to look after yourself and a big part of that is staying fit. Luckily, so far, I’ve been doing that pretty well and hopefully I can keep doing it.”