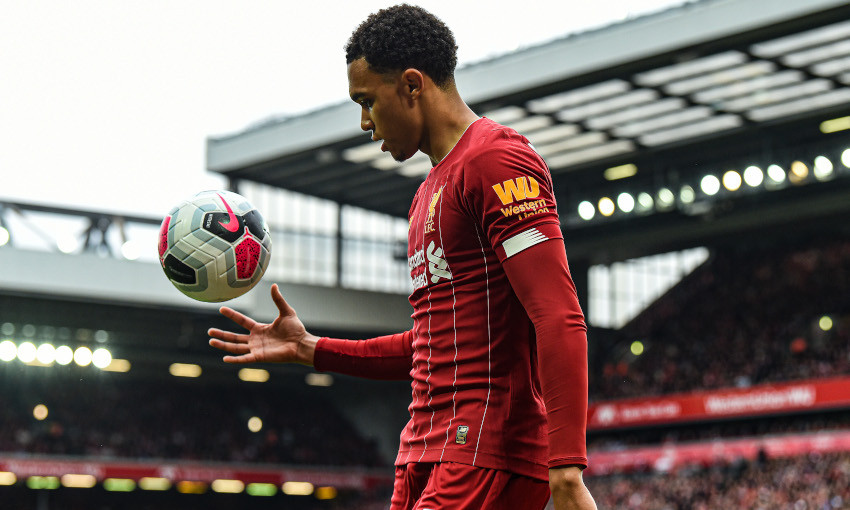 Trent Alexander-Arnold has officially been entered into the Guinness World Records book for 2020.

The 21-year-old has been recognised for claiming the most English Premier League assists by a defender in a single season after tallying 12 in the division last term.

Alexander-Arnold said: "It's an honour. I've always wanted to go forward and help the team to create as many chances as possible.

“It's obviously down to the lads to put the ball into the back of the net, because football is a team game and without them, the manager and all the support in the background, this record wouldn't be possible.

“I always used to read [the Guinness World Records book] as a kid because they’re fun to read, to see the different records and what people are up to all around the world. It’s an unbelievably proud moment for me and all of my family – and hopefully something that will stand for a few years.”

Alexander-Arnold was famously in friendly competition with fellow Liverpool full-back Andy Robertson to see who could end 2018-19 with the most assists.

The No.66 joked: "He probably thought he had the competition wrapped up!

“Near the end of the season we both hit really good form, we were both getting lots of assists and it was good to help the team in those games that we needed to win.