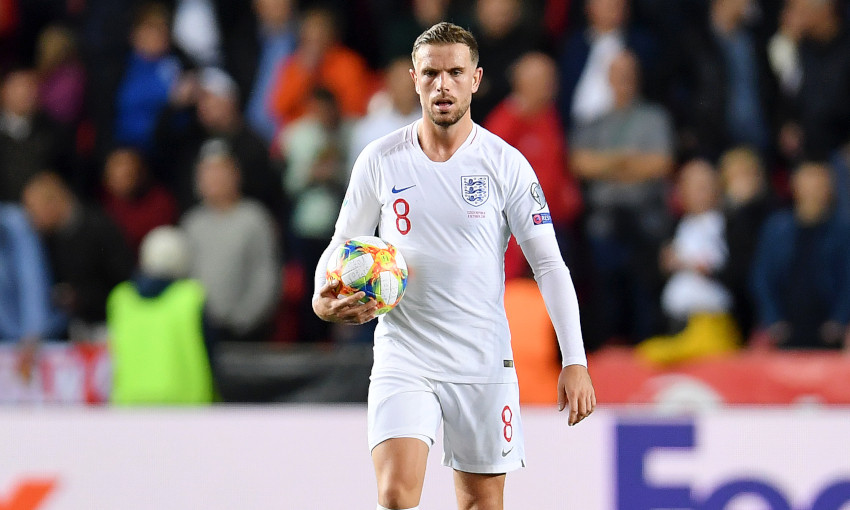 Jordan Henderson played the full match as England were beaten 2-1 by Czech Republic in Euro 2020 qualifying on Friday night.

The Three Lions took the lead in the Group A tie through a Harry Kane penalty but the hosts overturned the score courtesy of goals from Jakub Brabec and substitute Zdenek Ondrasek.

It is the first time Gareth Southgate’s side have dropped points in the section and they are now level with the Czechs at the summit having played one game fewer.

Trent Alexander-Arnold and Joe Gomez were unused substitutes in Prague.

Meanwhile, Reds striker Rhian Brewster came on at half-time for England U21s as they drew 2-2 with Slovenia away from home in a friendly.

Ki-Jana Hoever played for 71 minutes as Netherlands U18s continued their preparations for the forthcoming U17 World Cup with a 3-2 win over Belgium.

Elsewhere for the Dutch, Sepp van den Berg was an unused substitute for their U19s’ 8-2 rout of Latvia in an U19 Championship qualifier.