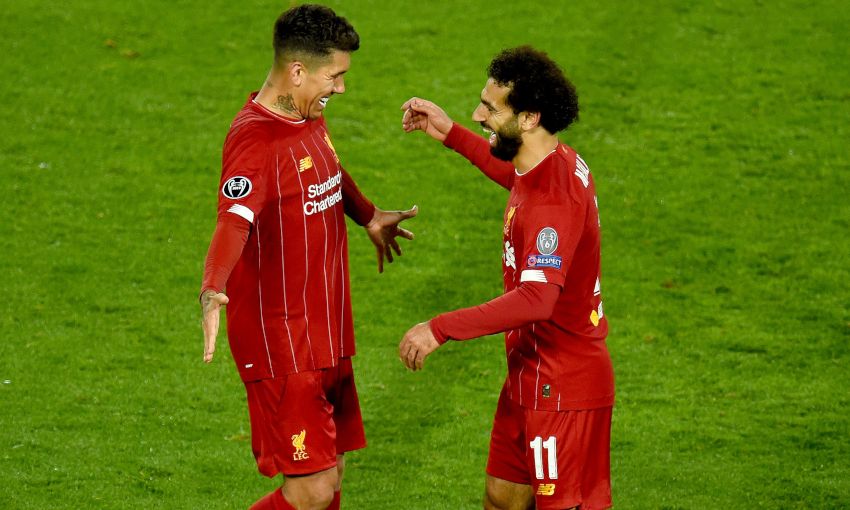 In a dominant opening half, Sadio Mane netted against his former club to set the Reds on their way after nine minutes, playing a one-two with Roberto Firmino inside the box before steering home.

Andy Robertson doubled the advantage midway through the first half when he capped a fine team move that he’d begun by touching Trent Alexander-Arnold’s centre in from close range.

Mohamed Salah swept in a third, pouncing after Firmino’s header had been saved by Cican Stankovic, but Hee-Chan Hwang reduced the deficit prior to half-time before Takumi Minamino grabbed a second for the visitors after the break.

Substitute Erling Braut Haaland then tapped in the equaliser to complete Salzburg’s spirited comeback on the hour mark.

However, Salah drilled a Firmino flick in at the Kop end to put Liverpool back in front and ultimately secure an important victory for Jürgen Klopp’s side.

Liverpool’s teamsheet showed just one change from the weekend victory at Sheffield United – and it was an enforced one as Joe Gomez came in for the injured Joel Matip. Naby Keita was named on the bench against his former club as he continues to work his way back to full fitness.

With KRC Genk holding Napoli to a goalless draw in Belgium prior to events at Anfield getting under way, Liverpool knew victory over Salzburg would put them into a strong position in Group E after two matchdays.

But Die Mozartstädter were eager to make a statement at the home of the reigning European champions having won their opening game emphatically.

Indeed, three minutes had elapsed when Minamino pounced on possession 20 yards from goal and sent an effort skimming wide of Adrian’s near post.

However, the tournament holders soon settled into their stride and Alexander-Arnold’s sublime pass presented Firmino with an opportunity that he couldn’t quite manage to get a touch on.

Nevertheless, Liverpool were ahead on nine minutes. Mane collected the ball on the left and surged past Rasmus Kristensen before exchanging passes with Firmino and sweeping beyond Stankovic.

The Reds’ lead was furthered on 26 minutes courtesy of an exquisite team goal, started and finished by Robertson.

The full-back picked up possession on the left and charged forward into the centre, laying if off to Firmino. The Brazilian, Salah and Jordan Henderson all swapped passes before play switched to the right for Alexander-Arnold.

His delivery towards the near post found Robertson’s continued run and the Scotland captain steered in with the side of his boot.

Two was almost three when Fabinho hoisted a ball over the top for Salah’s dart, but the Egyptian drove off target from a bouncing ball.

At the other end, Adrian needed to be alert to repel a Minamino snap-shot.

The European champions added a third goal nine minutes before the interval when Salah was on hand to slide home after Stankovic had parried a Firmino header from Mane’s delivery.

Salzburg did have something to cheer about shortly afterwards as Hwang arrowed in at the Kop end soon after. 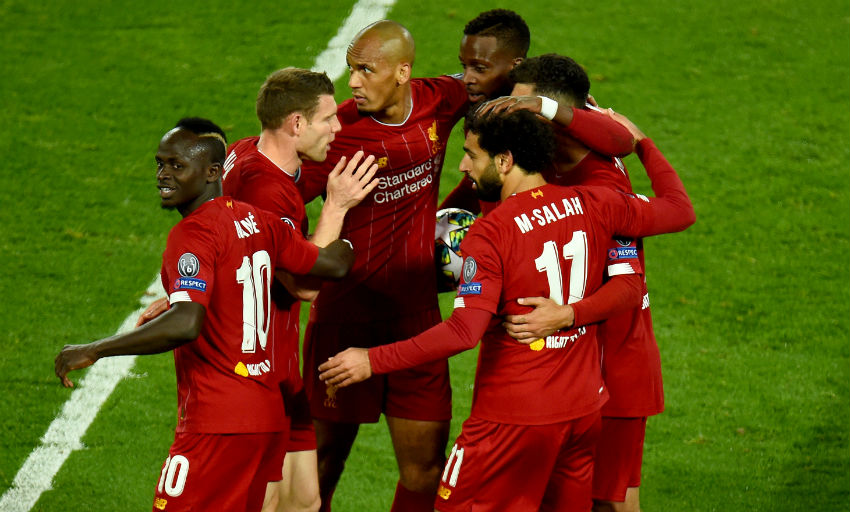 Salzburg set about looking to reduce the deficit even further in the early stages of the second period, with Hwang’s goal having given them something to chase after the restart.

That said, the hosts were close to going further ahead, though Georginio Wijnaldum could only arch off target after Mane’s tee-up.

And the Austrian champions’ endeavours saw them pull another back when Minamino struck Hwang’s cross into the ground and beyond Adrian on the volley.

Salzburg were now in the ascendancy and after Dominik Szoboszlai had swiped into the side netting, they grabbed their third when Haaland came off the bench to tap in from Minamino’s low centre on the hour and shock Anfield.

James Milner and Divock Origi entered the action for Liverpool in place of Henderson and Wijnaldum as the hosts looked to regain control.

That they did when Firmino nudged on a ball back into the area from a cleared corner, allowing Salah to rasp an unerring effort beyond Stankovic.

A fifth could have followed, but Mane couldn’t connect with an improvised Alexander-Arnold corner on 72 minutes to add a fifth, with the full-back spotting the forward’s near-post run from the same location he delivered the dead-ball for Origi’s famous Barcelona winner in May.

Nevertheless, Salah’s goal was enough to ensure Liverpool collected three hard-fought points to get their defence of the European Cup up and running.