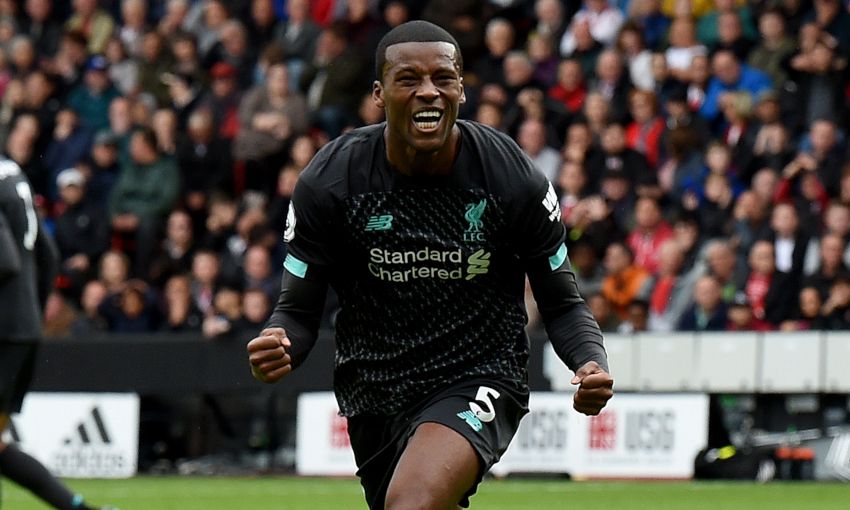 A hard-fought Premier League contest at Bramall Lane was settled by Wijnaldum’s 70th-minute volley which squirmed through Dean Henderson’s grasp.

It was the 16th consecutive league win for the Reds as Jürgen Klopp’s men further extended a club-record streak in the top flight and consolidated their position as leaders.

They were made to work for it, but Wijnaldum was encouraged by the team’s ability to grind out a result at this fledgling point in the campaign.

Asked if the win could be significant come the end of the season, the Dutchman told BT Sport post-match: “It could be.

“In the beginning of the season it’s good if you collect as many points as possible because normally during the season you progress – so hopefully we’re not at our best now but at the end of the season we will be.

“That’s why it’s really good if you collect a lot of points right now and that’s what we’re doing.

“We didn’t start the game well. The manager showed us back what we did in the first half; we slowed the game down too much and that’s why they could stop our attacks. It was difficult.

“In the second half we tried to do it better but even then it was not the best game we had. But another win, that’s the most important thing. A few years ago we were struggling to win games like this. This season – and last season also – it’s going quite well.”

7 - Liverpool have won each of their opening seven league games to a season for only the second time in the club's… https://t.co/2Y7PiPfJGT

Van Dijk admitted Liverpool lacked the trademark pace in their football for periods of the encounter but felt the Blades’ tactics and the home atmosphere added to the challenge for the visitors.

“It was definitely a question of tempo,” said the No.4.

“You need to give them credit as well, they played in a good way with a clear plan. It’s tough to come here, a great atmosphere, and they made it tough for us.

“But in the end, the three points are all that matters of course, so we’re very happy with that.

“We expected a lot of direct play, a lot of challenges and fights. Every game and every week is another challenge – that’s something I enjoy and everyone should enjoy as well.”