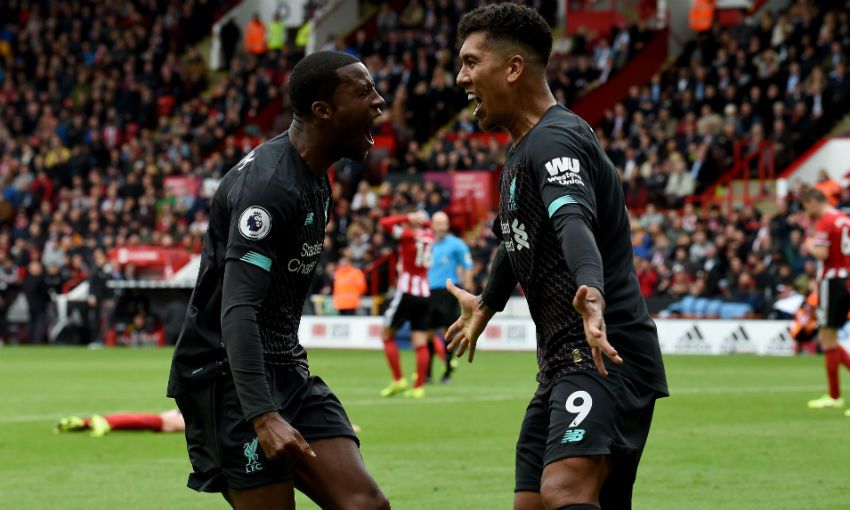 Saturday’s game at Bramall Lane was a scrappy affair during which both sides struggled to create clear-cut chances.

But Wijnaldum’s well-struck 70th-minute volley, which squirmed under United goalkeeper Dean Henderson, made it seven victories from seven top-flight outings this term for the Reds.

Divock Origi returned to the bench after recovering from an ankle injury.

A possession percentage of 87.5 with 10 minutes gone told the story of the Reds’ early domination of the ball and territory.

United stopper Henderson remained untested during that period, though, and the hosts did carry a threat on the counter whenever a Liverpool move broke down.

One such occasion led to Oli McBurnie cutting inside from the left and shooting, but Adrian was equal to the forward’s attempt.

Wijnaldum, with an ambitious volley that deflected wide, had the visitors’ first effort on goal, before Callum Robinson flashed a shot past Adrian’s post after latching on to John Fleck’s through-ball.

Three presentable chances would arrive for Liverpool prior to the break, but all were spurned. 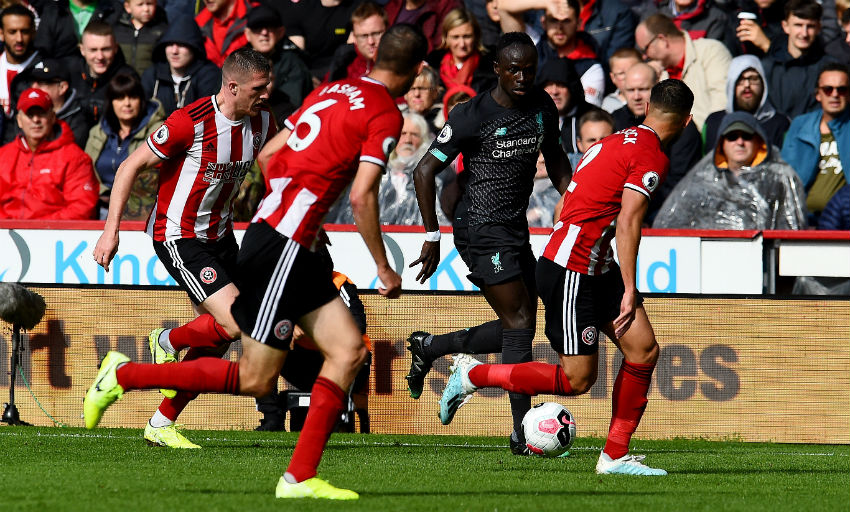 First, Mohamed Salah seized Enda Stevens’ loose touch and curled narrowly off target, before an off-balance Sadio Mane, played in by a defence-splitting lofted pass from Virgil van Dijk, sliced over the crossbar while one-on-one with Henderson.

Then, on the stroke of half-time, neat link-up between Salah, Roberto Firmino and Mane on the break afforded the latter a clear sight of goal from close range, only for the No.10 to strike the bottom of the post.

And alert defending from Joel Matip, who beat McBurnie to a headed knock-back and nodded to safety, made sure that Liverpool did not pay for their profligacy immediately.

Van Dijk’s positioning enabled him to clear a dangerous low cross within a minute of the restart and, with Liverpool struggling to find any real attacking impetus, Jürgen Klopp introduced Origi from the bench on the hour.

Jordan Henderson was the man to make way, meaning a switch to a 4-2-4 formation with Origi and Mane, now on the right, flanking Salah and Firmino.

It was United who enjoyed the better of the period following that change. Adrian had to tip Ollie Norwood’s long-ranger wide, before both Andy Robertson and Van Dijk made crucial blocks in quick succession. 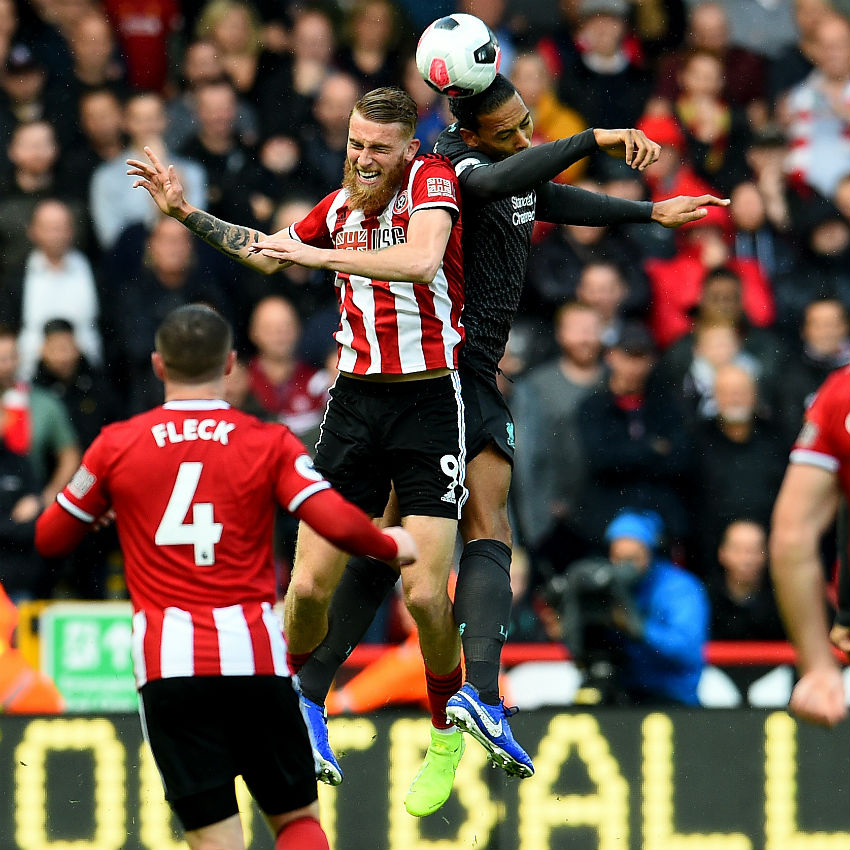 But the deadlock was to be broken decisively at the other end with 20 minutes remaining.

Origi’s delivery from the right was only half-cleared and Wijnaldum was waiting on the edge of the box, the midfielder watching the ball drop from the sky before connecting sweetly with a volley that slipped through Henderson’s grasp and crept over the line.

Salah could have made sure of the points soon after when he nicked the ball away from his marker and bore down on goal, but Henderson stood tall and turned the Egyptian’s shot over with an outstretched leg.

And the home team would carve out one last opportunity to snatch a point before the close, too - substitute Leon Clarke sliding an attempt over the bar from close range - but Liverpool kept their nerve, and their clean sheet, to sustain a perfect start to their title challenge.