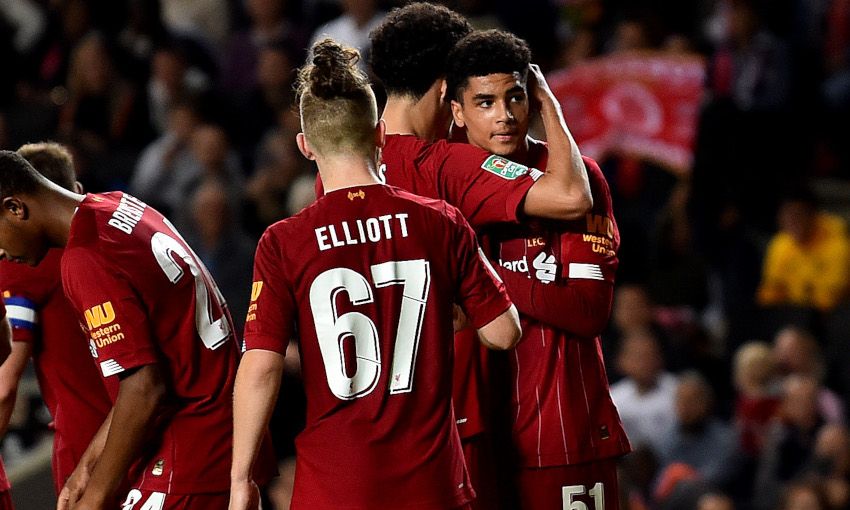 Liverpool moved into the fourth round of the Carabao Cup with a 2-0 victory over MK Dons on Wednesday night.

James Milner broke the deadlock at Stadium MK in the 41st minute when his shot from the left corner of the area squirmed from the grasp of goalkeeper Stuart Moore and crossed the line.

The Reds were in control for much of the contest, though the home team threatened on several occasions, coming closest when Jordan Bowery prodded against the base of the post in the second half.

However, Ki-Jana Hoever’s powerful header from a Milner cross on 68 minutes put the tie beyond the reach of the League One club as the 17-year-old registered his first senior goal to send Jürgen Klopp’s side into the next round of the competition.

Liverpool began their League Cup quest by fielded a side mixed with youth and experience in Milton Keynes.

From the off, the Reds seized domination of possession, but it was the hosts who created the game’s first chance after 10 minutes. Bowery won the ball from Lovren and pulled it back to Conor McGrandles, who hoisted over when well positioned 12 yards out.

Shortly after, the visitors went even closer to breaking the deadlock when Elliott rattled the underside of the crossbar from close range after good work from Milner down the left to create the opening.

Next, Curtis Jones shimmied into space and struck straight into the grasp of Moore before Milner stooped to head an Elliott centre across goal and wide.

Meanwhile, in what was proving a lively affair, Alex Gilbey swiped high over Kelleher’s crossbar after a ball from the right had found its way to him just inside the area.

Back came Liverpool and Brewster was inches away from turning Milner’s delivery in at point-blank range on the half-hour mark.

The Reds finally opened the scoring four minutes before the interval, albeit with a sizeable slice of good fortune.

Milner collected a half-cleared cross on the left and shifted onto his right foot before striking goalwards. It looked like Moore had claimed it, but the ball squirmed from his gloves and over the line to give Klopp’s charges a half-time advantage. 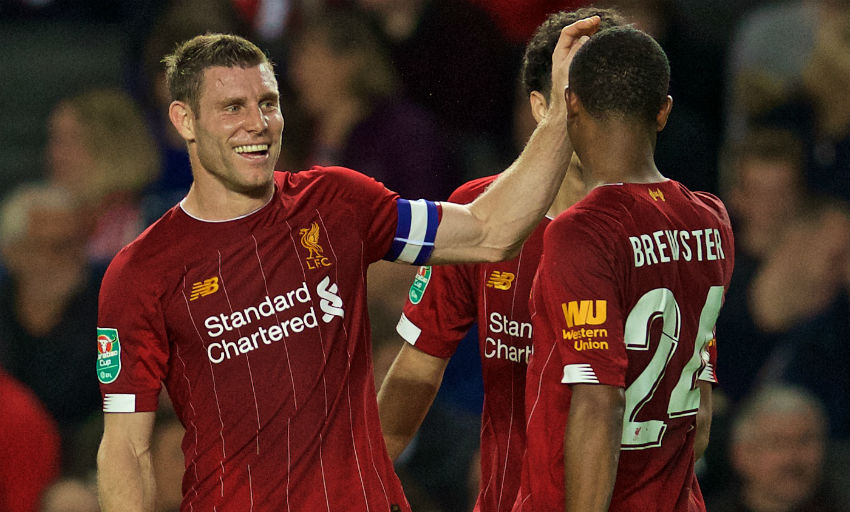 The pattern of play from the opening period continued after the restart, with Liverpool commanding the ball.

Indeed, they should have furthered their lead seven minutes in when Elliott struck into the side netting after a misjudged defensive header from Joe Walsh.

As the contest ticked towards the hour, MK Dons threatened to restore parity twice in quick succession.

First, Sam Nombe attempted to run in behind but was thwarted by Lovren’s challenge before he could shoot. Then, The Dons went even closer when Bowery touched a knockdown from Russell Martin against the base of Kelleher’s post from close range.

Keita was withdrawn from the action on 63 minutes, with Pedro Chirivella his replacement – and Liverpool went further ahead soon after.

Lallana played Milner into space to cross on the left, and his delivery was emphatically headed in by Hoever at the back post.

In netting, the full-back became the club’s fourth-youngest ever scorer. 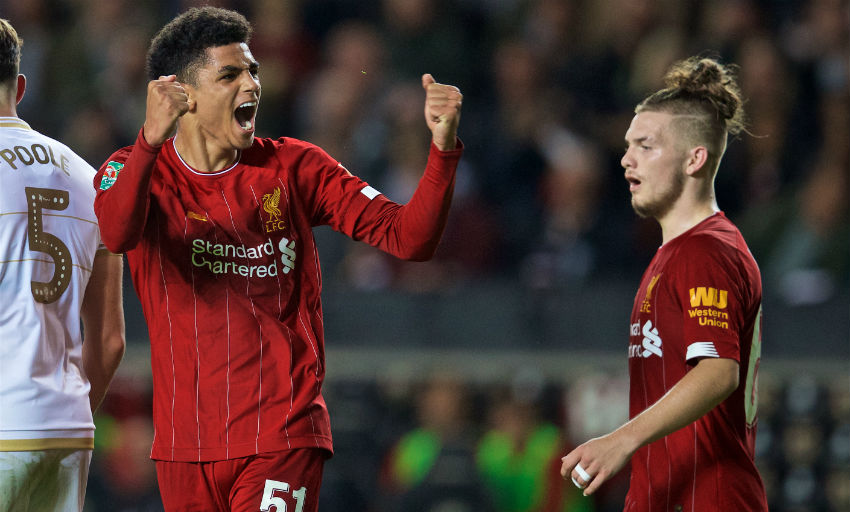 Oxlade-Chamberlain then thumped the woodwork as the Reds went in search of a third, driving against the frame of the goal from 20 yards, while Kelleher had Bowery holding his head in his hands with a wonderful save from his headed effort at point-blank range.

MK Dons began to mount a late threat and after Milner’s challenge had foiled Bowery once more, George Williams had a header cleared from in front of the line by Lovren.

Herbie Kane and Sepp van den Berg came off the bench in the final stages to register their Liverpool debuts – and Elliott again went close to his maiden senior goal when he hit the crossbar for a second time in injury time, but Liverpool had already done enough to secure a passage into round four.