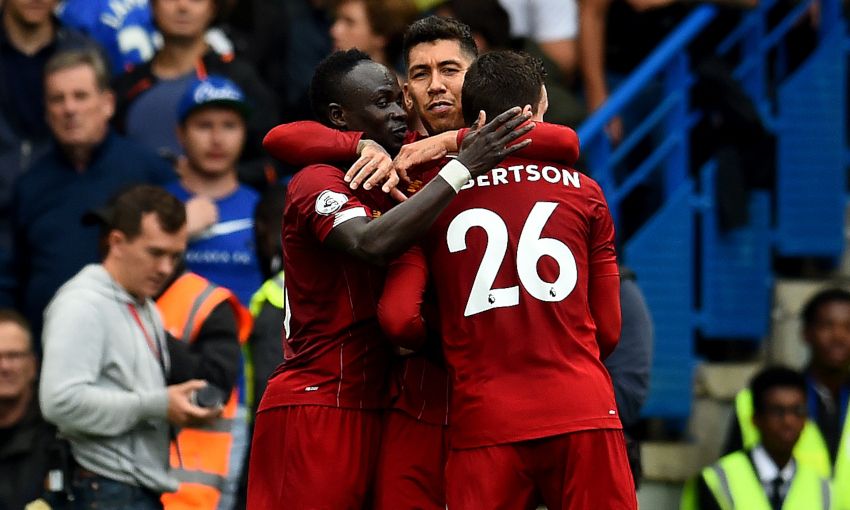 Free-kick practice on the training ground paid off in Liverpool's 2-1 win at Chelsea on Sunday, explained Andy Robertson.

After Trent Alexander-Arnold had dispatched a strike into the top corner from a set-piece routine at Stamford Bridge, the Reds went two goals in front when another pre-arranged move at a dead-ball situation saw Robertson cross for Roberto Firmino to head in.

Chelsea tested the visitors’ resolve in the second half but Liverpool held out and chalked up a 15th consecutive Premier League victory – in large part due to their free-kick preparations.

“We’ve worked on them,” said Robertson after the clash in the capital.

“The first one was probably a bit less work done on it, I think Trent said he wanted a touch and a hit but the other one we’ve been practising on and luckily it has come off.

“I was able to find Bobby with the cross and I was delighted to see him put that away, so that put us 2-0 up and then it was all about us trying to defend and staying together.

“They were putting pressure on us but I don’t think they had too many chances other than the goal and that is what we’re all about.

“We could have kept the ball better, we wanted to get the ball down and try to play and beat Chelsea’s press, but we couldn’t quite do that, so that is obviously disappointing but we have done very well.

“We know there are going to be bumps along the way and we’re going to struggle but it’s all about grinding out results.”

The final outcome meant Liverpool are the first team ever to win each of their opening six top-flight matches in back-to-back seasons.

Jürgen Klopp’s side lead the way by five points from reigning champions Manchester City and will aim to further extend their perfect start when they journey to Sheffield United on Saturday.

And Robertson insisted the Reds must always focus on what is ahead if they are to maintain such impeccable form. 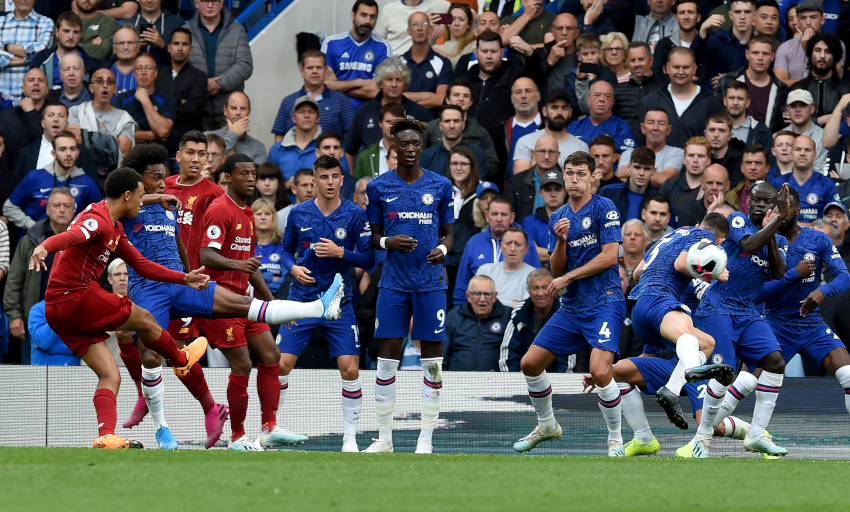 “It’s all about winning games and to keep on moving forward, so we cannot dwell on this,” added the Scotland captain.

“We have got another big week coming up and we just focus on our own game, we don't focus on anything else other than that.

“There are big challenges ahead and we need to keep ticking them off. In this period, if we can keep it going until the internationals and keep looking at the fixtures then that is what we’ll do.

“We’ve got a tough run but if we can get to the next internationals with positive results then we’ll be in a very good place.

“Hopefully we can go one better than last season in terms of finishing second. We won the Champions League but we want the Premier League and hopefully this season we do that. But, there is a long, long way to go and everyone behind us will be waiting for us to drop points.

“I am sure they will be ready to pounce, so we need to be ready for that and I think last season has helped us massively for that.”