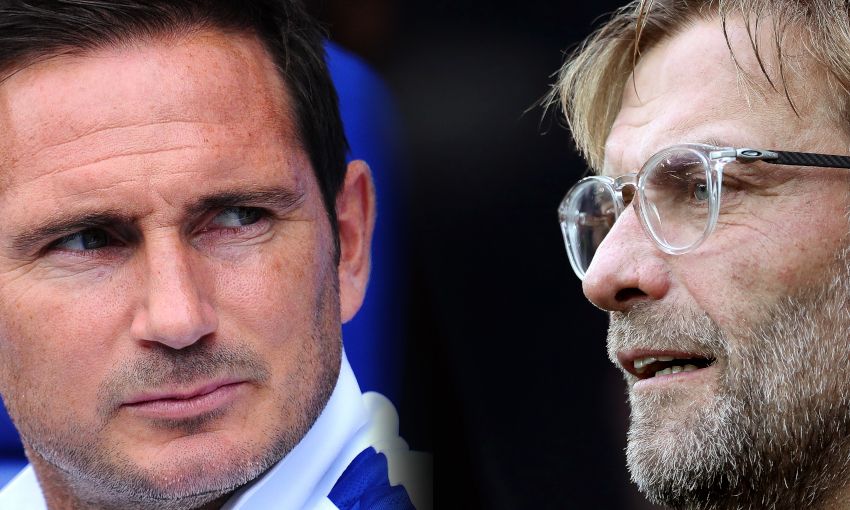 Liverpool will face a 'really exciting' team when Jürgen Klopp takes his Premier League leaders to Chelsea this weekend.

The Reds boss is reminded of his own burgeoning side at previous club Borussia Dortmund when he considers the early steps made by the Blues under Frank Lampard.

Klopp and his staff’s detailed analysis of Lampard’s charges will ramp up on Friday, ahead of their meeting at Stamford Bridge this Sunday, but he has already seen enough this season to be wary of the challenge ahead.

“We have the analysis meeting after this, so I have to look back at the Champions League game they played. They played a different system in the last two games to the first few games. They changed the system in a very busy period of the year, that’s interesting; of course, he has the players for it.

“How I said, [they are] a really exciting football team – young but good, really good. For me, it’s not a surprise. I said it before – and people probably think I only said it because I’m polite – but it’s not polite, it’s the truth, he did an outstanding job at Derby. So I’m not surprised that he’s doing a really good job at Chelsea as well.

“But it’s a difficult league and we have to prove our quality pretty much in a three-day rhythm. Sometimes it works out and sometimes not, we know that as well. I really think he’s a really, really good manager.”

“They will make their experiences. It’s a really exciting team, it reminds me a little bit of my team at Dortmund years back when they were really young, even younger than this Chelsea team; people always talked about how young they are but they only played because they were that good, they didn’t play because they were that young.

“They brought in Christian Pulisic in the summer and all the players around him have the same value – Tammy Abraham, Mason Mount, Hudson-Odoi. Jorginho is not that young but not that long in the league, Kante looks like he could play for the next 20 years, Kovacic, Barkley and then the experienced guys around them – Pedro, Willian, Giroud from the bench, Batshuayi.

“A good team, all my respect. They are a proper contender for pretty much everything. Now we play them on Sunday and we want to get something there, that’s the plan.”