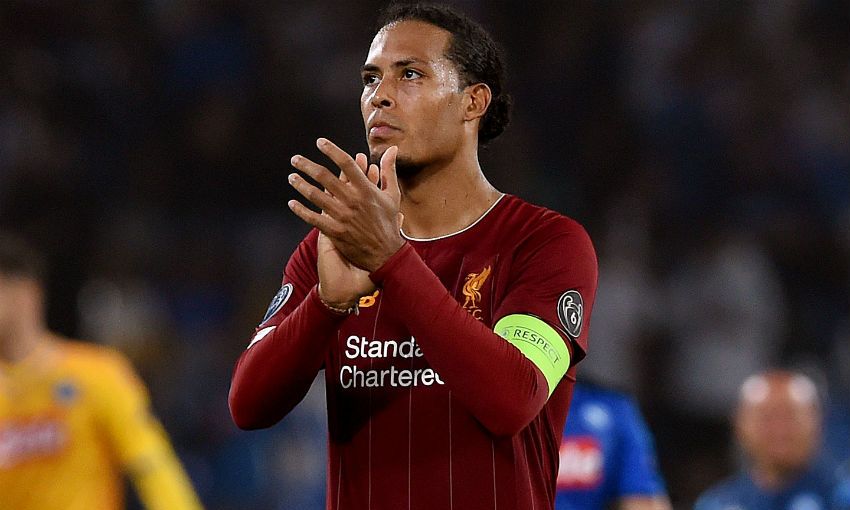 Virgil van Dijk’s focus has switched to Chelsea following the frustration of Tuesday’s 2-0 defeat to Napoli.

Liverpool return to domestic duty at Stamford Bridge at the weekend after their Champions League defence got under way with a loss at Stadio San Paolo.

Goals in the final 10 minutes by Dries Mertens, from the penalty spot, and Fernando Llorente settled a tight, evenly-matched Group E opener in Italy - but Van Dijk’s immediate sights are now set on making it six wins from six Premier League games this season in the capital.

“Everyone knows how tough it is to come here and beat them first of all, but also to play well against them and I think we, especially in the beginning at times, put them under a lot of pressure trying to win the ball high up the pitch and try to break on them,” the No.4 told Liverpoolfc.com of the Napoli game.

“But at the end of the day it’s all about the result and we are unlucky we didn’t get any result.

“It felt like it was going to be a draw. There were some moments from us on the break where we could have done a bit better but the penalty changed it and we come home with no points.”

On whether the Reds’ status as reigning European champions makes them a ‘target’ for opposing teams, Van Dijk stated: “Yes, but I think everyone wants to beat us no matter what competition. That’s something we have to deal with but it’s not going to be a problem at all.