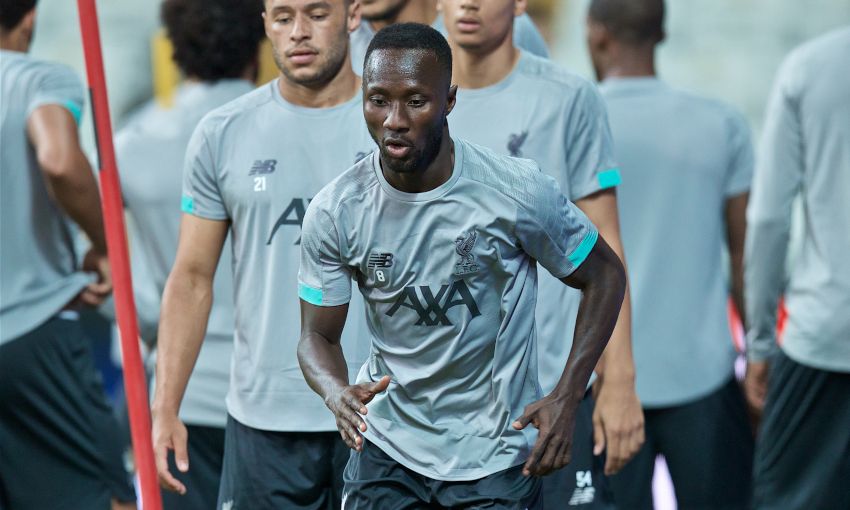 Naby Keita is nearing a return to full training, Jürgen Klopp has confirmed.

The midfielder sustained a hip injury ahead of the UEFA Super Cup final against Chelsea in Istanbul last month and has missed the Reds’ last three matches.

Keita will also sit out the forthcoming fixtures with Newcastle United and Napoli; however, Klopp expects to have him available for training following the trip to Italy.

Elsewhere, the manager offered the latest on Alisson Becker’s rehabilitation from a calf injury, confirming Liverpool will continue to assess the goalkeeper’s recovery daily.

Klopp told his pre-Newcastle press conference, beginning with Alisson: “Funnily enough, we had lunch together [just now]; he looks good and he is improving, but we cannot put any pressure on it.

“It was a really serious injury in the calf. It is now much better, of course, and that’s good for us and good for him, but we don’t know exactly [how long it will be].

“The target was always after the next international break [that] he could be ready, but we don’t know. So, as I said, there is no pressure and hopefully everything will be fine for the rest of the season, that’s the plan.

“Naby is close, much closer than Ali. I think he could be in training when we come back from Napoli next week.”

Klopp added: “Clyney and Paul Glatzel, they are obviously far away still but are making big steps as well.

“[The rest of the squad] looks quite OK in the moment.”