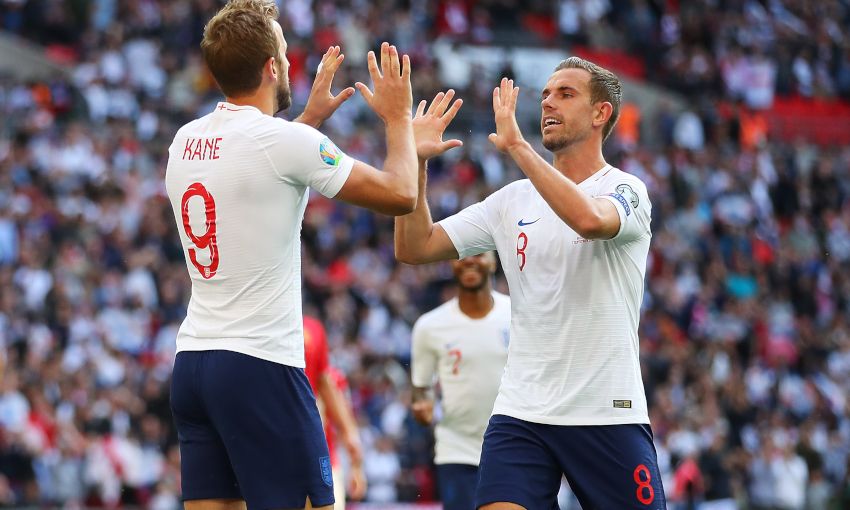 Jordan Henderson and Alex Oxlade-Chamberlain featured as England continued their perfect record in Euro 2020 qualifying with a 4-0 win over Bulgaria at Wembley.

Liverpool captain Henderson started the Group A clash for his country, with fellow Reds Trent Alexander-Arnold, Joe Gomez and Oxlade-Chamberlain on the bench.

Harry Kane put the home side in front in the 24th minute with a low finish and the Tottenham Hotspur striker doubled the lead early in the second half from a penalty.

Raheem Sterling soon increased that advantage to three with a close-range finish and Kane later completed the evening’s scoring with another spot-kick.

Henderson was withdrawn on 66 minutes while Oxlade-Chamberlain came on with little under a quarter of an hour remaining - his first appearance for the Three Lions in 18 months.

England continue their qualifying campaign against Kosovo on Tuesday night, with that match to be played at Southampton’s St Mary’s Stadium.