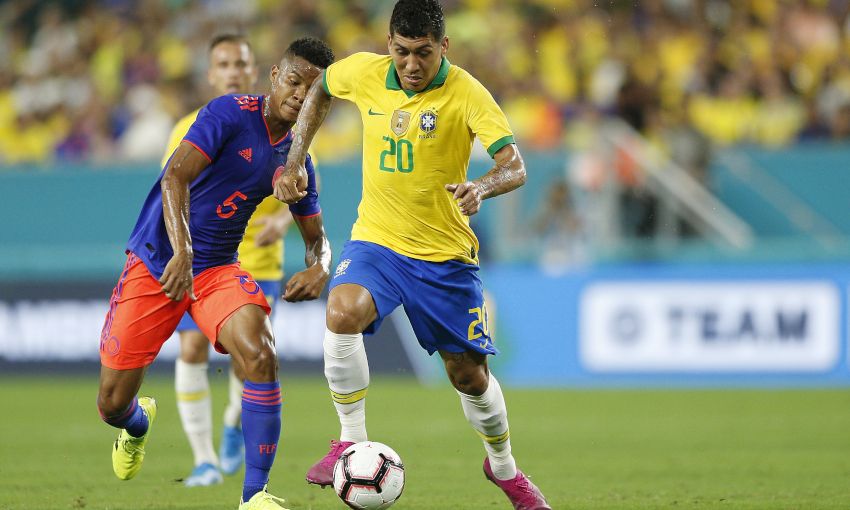 Roberto Firmino featured for 83 minutes of Brazil's 2-2 draw with Colombia in their international friendly overnight.

Liverpool forward Firmino was named in Tite’s starting line-up as the South American sides faced off in Florida.

Brazil led through Casemiro but Colombia overturned the score with a double from Luis Muriel before the interval.

Neymar levelled for the Copa America champions around the hour mark and there was nothing to separate the teams in the remainder.

Firmino was withdrawn seven minutes from full-time, while Reds teammate Fabinho was an unused substitute.

Brazil’s second fixture of the international break sees them face Peru in Los Angeles in the early hours of Wednesday morning.