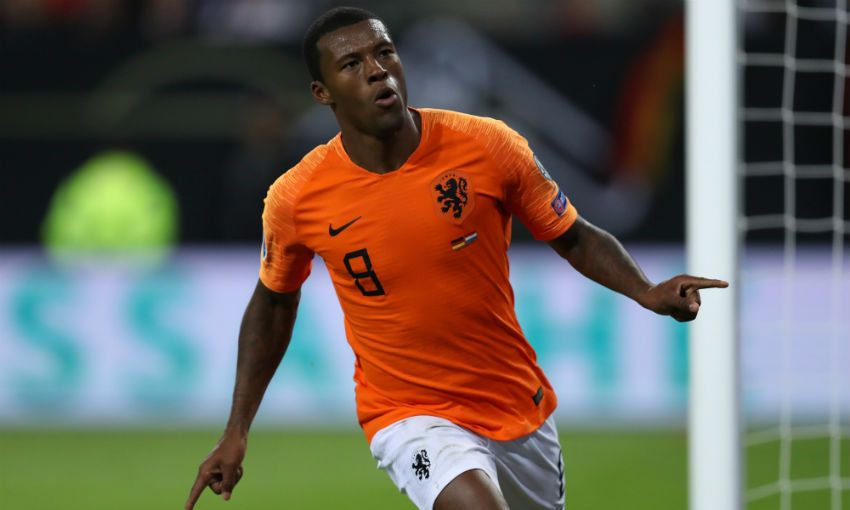 Georginio Wijnaldum and Dejan Lovren were both on the scoresheet during a successful Friday night for Liverpool's internationals.

With an assist already to his name, Wijnaldum started and finished off the move for the Netherlands' fourth goal in their thrilling 4-2 victory over Germany in a Euro 2020 qualifier. Virgil van Dijk also played 90 minutes of the affair in Hamburg.

Also in qualifier action was Divock Origi, who played 55 minutes for Belgium in a comfortable 4-0 triumph in San Marino.

Rhian Brewster made his England U21s debut when he came on as a second-half substitute in their 3-2 come-from-behind victory against Turkey in a European U21 Championship qualifier.

Elsewhere, goalkeeper Caoimhin Kelleher kept a clean sheet for Republic of Ireland U21s in a 1-0 win against Armenia.

But there was disappointment for Andy Robertson as his Scotland side fell 2-1 to Russia at Hampden Park, delivering a blow to their hopes of automatic qualification for next year’s Euros.