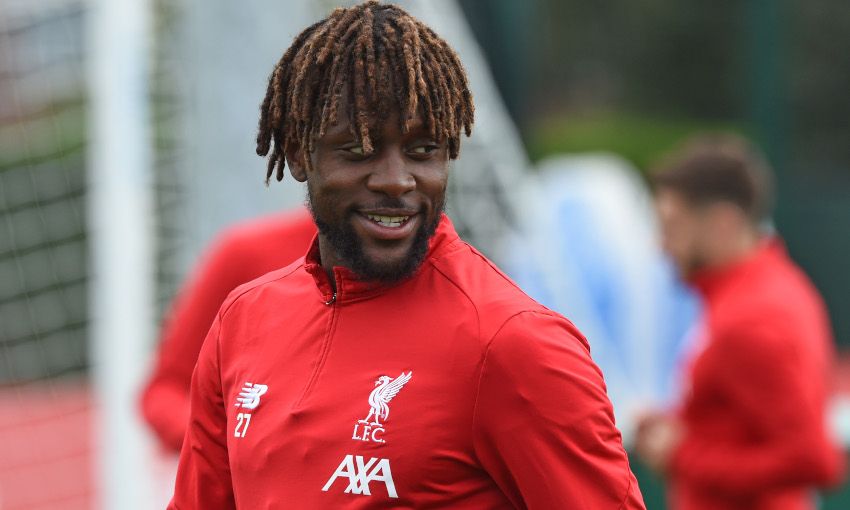 Divock Origi believes a trip to Burnley represents one of the most difficult fixtures in the Premier League calendar, but insists Liverpool are ‘super motivated’ to try and sign off for the international break with another victory.

The Reds travel to Turf Moor on Saturday evening aiming to maintain their 100 per cent start to the new top-flight campaign having obtained maximum points from their opening three fixtures.

Origi senses a spring in the step of the European champions in training; however, the striker is well aware of the threat and difficulties the Clarets can pose, especially on home soil.

He told LFC Later: “We are all super motivated. In training we are having a lot of fun, the weather is good and the pitch is nice.

“We’re building on something, so we feel like we are getting closer and closer together. You can see on the pitch everyone is very aggressive in a good sense and we just want to win against Burnley. That would be a good first part of the season as it’s one of the toughest games, Burnley.

“I played there last year and it was tough, so we know how it’s going to be but we are ready.

“We are talented, we have a good mentality and we just have to give it everything and hopefully we will be OK.”

Origi has figured in four of Liverpool’s five games so far this season, scoring once in the victory over Norwich City on the Premier League’s opening day.

Two of those appearances have been starts, but the 24-year-old acknowledges in Roberto Firmino, Mohamed Salah and Sadio Mane he faces some of the fiercest competition in world football for a position in Jürgen Klopp’s XI.

“Patience used to be one of the things I had to work on when I was younger,” Origi explained. “I used to work very hard for stuff I wanted and sometimes when it didn’t come I became impatient.

“When you become more mature and become a man, you know sometimes in life you need to be more patient. That is what I tried to use, just being grateful. For me I enjoy it very much and I have worked hard to be here and I enjoy playing for Liverpool and playing for this team.

“I think we are doing very special things and I enjoy training every day. So I just try to see the positive in everything and, in the end, me at my best is going to push the front three and it’s going to push everyone. Hopefully for me as well, the more minutes you get the better.

“I trust the coach. He will put out the best team so you just focus on what you can do.”