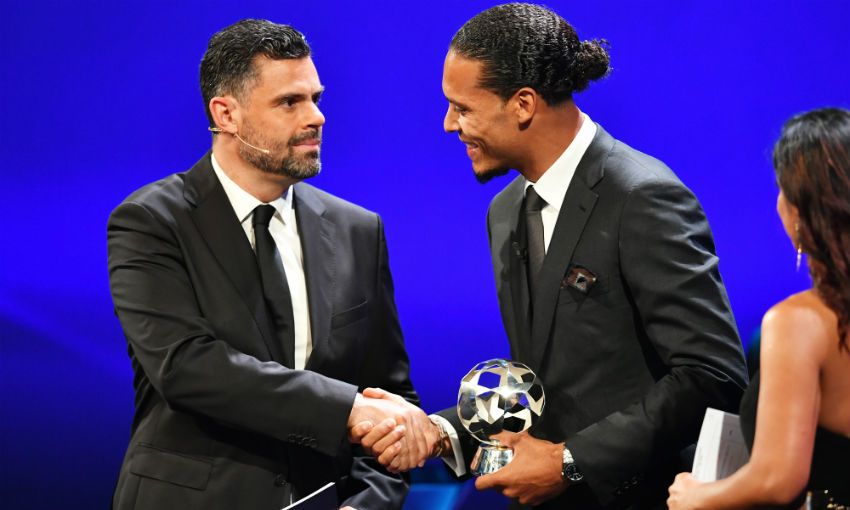 Virgil van Dijk has been named UEFA Champions League Defender of the Season for 2018-19.

The centre-half was handed the award in Monaco on Thursday during the draw for the group stages of Europe's premier club competition.

Van Dijk beat Liverpool teammate Trent Alexander-Arnold and Matthijs de Ligt to the accolade after helping the Reds win the European Cup for the sixth time.

The 28-year-old played all but one match of the team's run to the Madrid final, where he was named Man of the Match in the victory over Tottenham Hotspur.