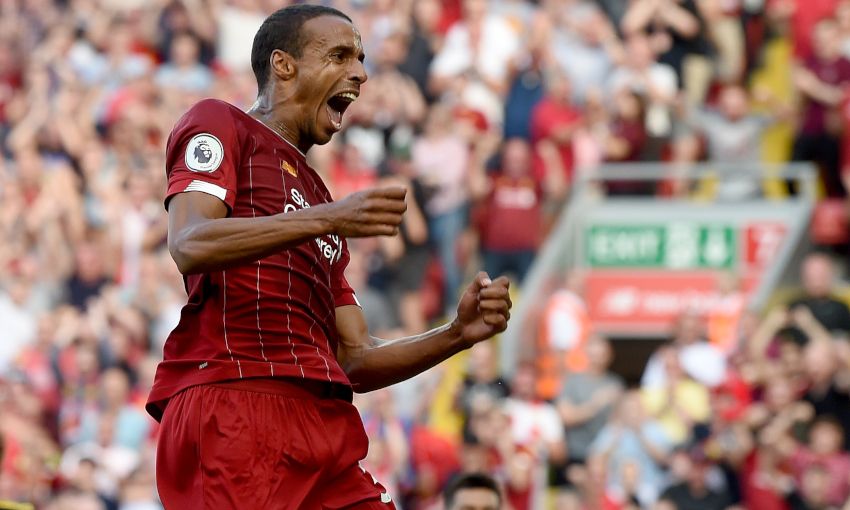 Joel Matip hopes his second goal of the season is just the beginning after the defender helped Liverpool to a 3-1 win over Arsenal.

Having registered one strike in each of his first three campaigns with the Reds, the No.32 beat that tally in the fifth match of 2019-20 with a firm header to break the deadlock against the Gunners at Anfield on Saturday.

Matip was on target in the FA Community Shield earlier this month, too, and he is eager to make a habit of contributing at the other end of the pitch.

“I hope it’s the beginning of [more] goals,” the centre-back told Sky Sports.

“I’m happy that I could score. [It was] a good cross and I hope next week maybe another one will be there.”

Matip’s header came four minutes before the conclusion of an even, entertaining first half with the only other Premier League team to have won their opening two games this term. 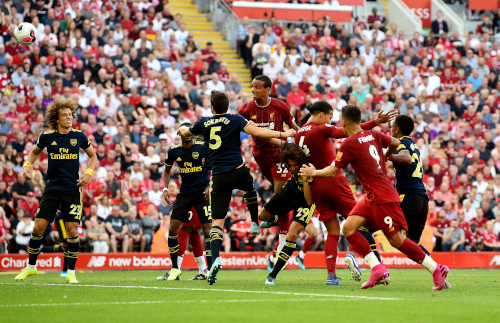 Mohamed Salah doubled Liverpool’s lead from the penalty spot soon after the interval and guided home a stunning third before the hour mark.

The Reds were denied a maiden clean sheet of the season when Lucas Torreira scored late on but Matip was satisfied with a job well done.

“If you give a team like Arsenal space up front it will be really difficult,” he reflected.

“We tried to keep the ball and try and try, that was the main [thing] we had to do today.

“After three games it doesn’t say too much. [But] we’re happy that we won the first three matches and now we’re looking forward to Burnley.”