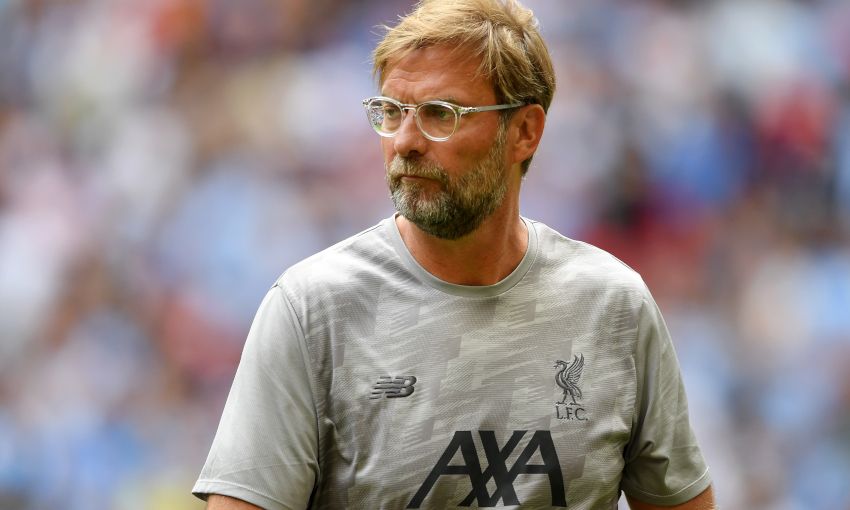 Jürgen Klopp has provided an update on Adrian's recovery from an ankle issue and explained his changes for Saturday's clash with Southampton.

The Liverpool goalkeeper starts at St Mary’s after sustaining a freak injury in Istanbul in midweek.

“I’m very pleased about that,” said Klopp. “We tested it this morning. Yesterday it was already better but still swollen. Now it’s good, so obviously not that serious.

“In the first moment it looked horrible when we came out of the plane [on Thursday]. It was really difficult but now he is there and should be fine.”

With Alisson Becker sidelined and Caoimhin Kelleher coming back from an injury, Andy Lonergan is the substitute goalkeeper for the Premier League meeting with Saints.

“And Caoimhin Kelleher is here as well,” added the manager. “We really like Andy and everything is fine but we want to push our young boy as well. Caoimhin is ready to go as well.

“Hopefully we don’t have to make the decision who will come from the bench because Adrian can play through and especially perform on the highest level. That’s all I think about. But whoever comes on, I trust.”

Klopp has made three changes to his starting XI to face Ralph Hasenhuttl’s Southampton, with Trent Alexander-Arnold, Georginio Wijnaldum and Roberto Firmino brought in.

Joe Gomez, Jordan Henderson and Fabinho are on the bench.

“We had to think a little bit about Wednesday night – but pretty early and then not anymore,” explained the boss.

“And that’s what we decided; the two midfielders with the highest work-rate on Wednesday night [come out of the team]. We have options so let’s do it. That’s what we did, that’s why we changed and that’s it.”