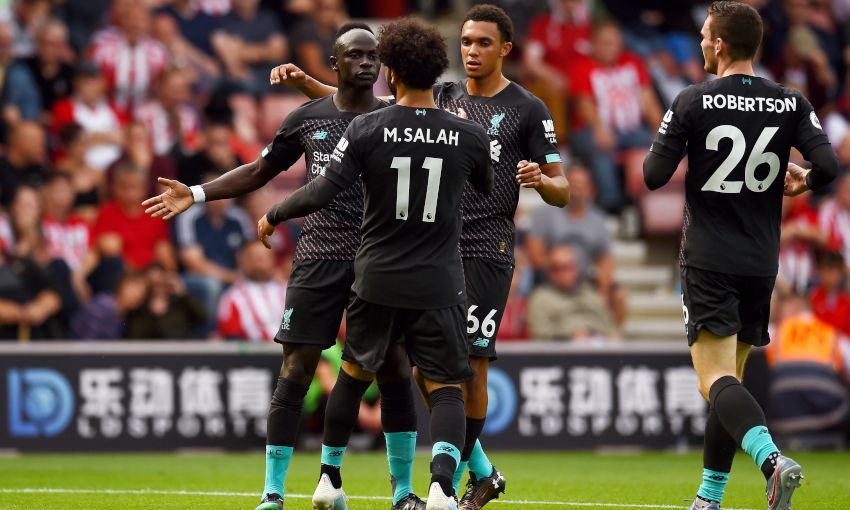 Liverpool made it two wins from two in the Premier League with a 2-1 victory at Southampton on Saturday afternoon.

After the hosts had threatened throughout the first half, it was Sadio Mane who opened the scoring in additional time, bending a sublime effort into the top corner from just inside the box to give the Reds the lead.

The visitors furthered their advantage when Roberto Firmino got off the mark for 2019-20 by drilling in a second on 71 minutes; however, former Liverpool forward Danny Ings reduced the arrears when Adrian’s attempted pass ricocheted off him and into the back of the net.

Ings then missed a chance to draw the Saints level before the end in a tense finale, but Jürgen Klopp’s side held on to clinch the three points.

With Adrian passed fit to start in goal after an ankle issue threatened to rule him out of contention, Liverpool made three changes to the team deployed against Chelsea in the UEFA Super Cup in midweek. Trent Alexander-Arnold, Georginio Wijnaldum and Firmino came in for Joe Gomez, Jordan Henderson and Divock Origi.

Liverpool kicked off at St Mary’s aiming to maintain their early-season momentum following the Premier League win over Norwich City and Super Cup triumph against Chelsea in Istanbul.

With four minutes on the clock, James Milner strode into space on the edge of the area and had a strike deflect into the arms of Angus Gunn as the Reds set about asserting themselves on the contest.

There was danger, however, when Che Adams attempted to reach a ball forward under the attentions of Virgil van Dijk on the 18-yard line, but his prod under pressure from the Dutchman was easily gathered by Adrian.

The Reds were dominating possession, but were thankful Maya Yoshida couldn’t make a connection with Adams’ volley on the turn from a corner when close to goal.

That opportunity came when then visitors were temporarily down to 10 men after a clash of heads left Milner requiring medical assistance on a cut – and it was another set-piece that presented Southampton with an opportunity.

Again, it was Yoshida causing the problem, but Adrian produced a stunning save at point-blank range to thwart the centre-back’s header.

By this point, the Saints were in the ascendancy and causing problems – and on 29 minutes, Yan Valery looked to pounce after Adrian had pushed away a low cross, but was unable to get a strike in on goal under pressure from opposing defenders.

At the other end, Mohamed Salah’s speed took him away from Yoshida to reach Andy Robertson’s low ball forward, though he could only snap a shot wide of the near upright.

Still, Ralph Hasenhuttl’s men carved out another good opening when Oriol Romeu’s deep centre picked out Adams’ head, who bulleted over the crossbar.

Nevertheless, it was to be Liverpool who broke the deadlock in first-half stoppage-time.

Mane collected possession from Milner’s lay-off on the left corner of the area, shifted the ball onto his right foot and arched an unstoppable shot beyond Gunn into the top corner. 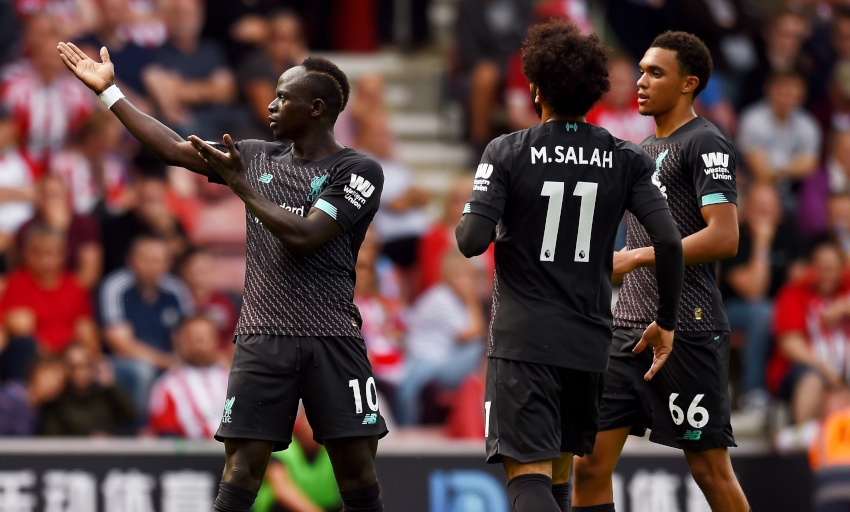 Having spent large parts of the opening half dealing with Southampton’s threat, Liverpool began the second period strongly.

Indeed, only a fine challenge from Jan Bednarek prevented a clear shooting opportunity for Firmino inside the box following Salah’s pass before Milner sent a half-volley skidding inches wide just after.

Then, on 56 minutes, Salah scampered in behind the home defence, only to have his attempt to steer across goal denied by the boot of Gunn.

Firmino then went agonisingly close to turning Mane’s square ball into the bottom corner with a side-foot following a speedy raid down the left; however, it rolled a fraction wide of the post with Gunn beaten.

Ex-Red Ings did threaten when he curled just over the bar shortly after being introduced into the action as a substitute.

But Liverpool grabbed a second when Mane won possession back from Stuart Armstrong on the left and pushed the ball into the path of Firmino. The Brazilian rode a couple of challenges as he strode across the box before reversing a shot beyond Gunn.

Gunn kept out efforts from Mane and Robertson, while Adrian had to turn Joel Matip’s interception from a cross around his own post.

Southampton were given late hope when Adrian’s attempted pass deflected against Ings and rolled into the net with eight minutes remaining.

Fortunately, the forward spurned a glorious opportunity to draw the home team level soon after as he failed to connect properly with a cross inside the six-yard box.

But Liverpool withstood the pressure to claim their second three points of 2019-20 so far.