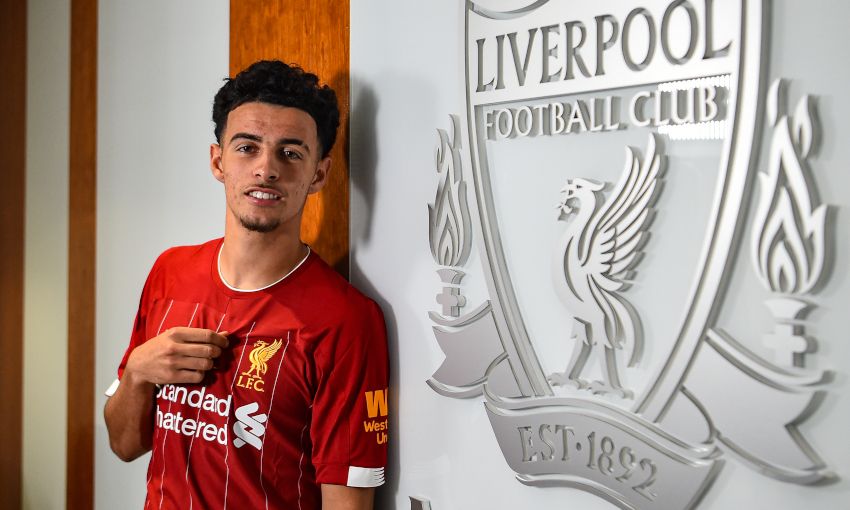 Curtis Jones is determined to repay the faith shown in him after signing a new long-term Liverpool contract at Melwood on Friday.

The 18-year-old attacker, a graduate of the Reds’ Academy who made his senior debut in January, put pen to paper to commit his future to the club he has supported since childhood.

Afterwards, Jones sat down with Liverpoolfc.com for an extended interview in which he explained the emotions of agreeing a fresh deal and reflected on his development in recent years.

He also looked ahead to the future and outlined why Trent Alexander-Arnold is the perfect example to follow with regard to breaking into the first team.

For me, it’s massive. Being a local lad, my dream is to play for this amazing club. To see that the manager and staff have got the belief in me and have offered me a new contract, I’m absolutely buzzing.

Can we assume it was an easy, quick decision for you to make?

Yes, of course. At the point I’m at now in my career I think it’s very important to take decisions slowly. But this one was easy and straightforward. I’m happy to put pen to paper and I’m ready to kick on from here.

It’s special for any player to sign for the club or a new contract but is it slightly more for a Scouser?

Yes, 100 per cent. As I said, being a local lad it’s a dream just to play for the club. To have been offered another long-term contract, I’m absolutely buzzing and I can’t wait to get started. 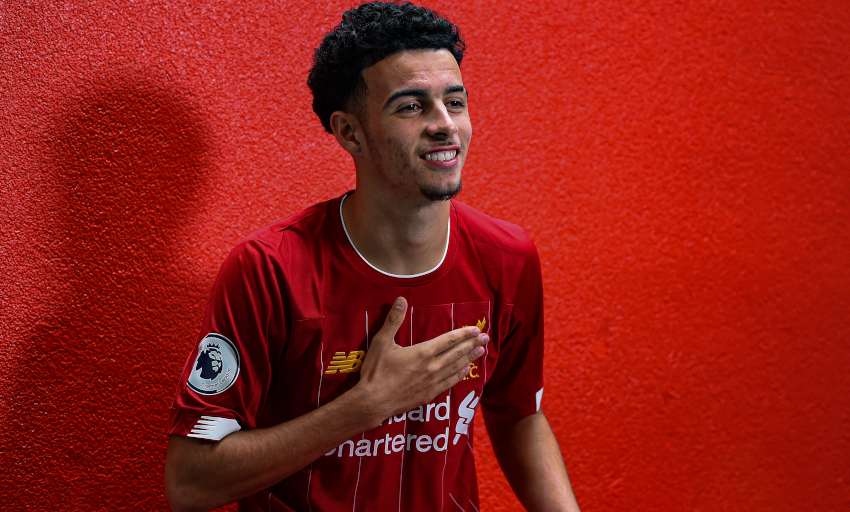 It must feel so nice and special for your family as well. What’s it like when you see their pride in you signing a new deal for Liverpool?

As soon as I told them they were all buzzing. They all tell me to stay hungry and that the hard work continues. I can’t wait to get started. I told my mum first, 100 per cent.

I still had time left on my contract but the manager has showed that he wants to get me signed and wants to commit to working with me, and wants me to carry on working with him. It’s only right I show him how much of a part he has played for me and I’ll be giving back to him as much as I can.

What kind of conversations have you had around it, because a few other young players have gone out on loan but you’re staying and signing this new deal?

I haven’t got to the point of talking about loans yet. For me, it’s just about coming in every day, working hard and trying to be the best player I can be. Any time I’m doing well, the manager will come over and tell me; any time I need a bit of work on something he’ll always be the first to tell me. The talks with him are always positive, always helping me and guiding me on the right path. He’s the perfect man for it. That’s why it was an easy decision for me to sign.

We can all see his personality but he is straight to the point when he wants to improve a player. Does that get the best out of you?

Of course. At the point I’m at, coming from the Academy and going into men’s football, you need as much help as you can and as much honesty. The manager is exactly what I need. Every day I work with him is absolutely perfect for me and I’m only getting better.

You’ve been around the first team for a couple of seasons now. What is the biggest thing you’ve learned so far?

I’d say character; not coming up here to count as a number, to actually try to be a player and be counted on. The manager wants to play the youth and coming up here, it’s a massive boost that it’s the way he is with the kids. You definitely count yourself as one of the first-team players and it makes you work harder to try to push to get into the first team and be a regular starter.

There’s so much quality around you to learn from, so how do you go about studying them?

There’s a lot of quality – and there are different things I need. In terms of numbers, you look at goals and assists from the likes of Sadio, Bobby and Mo. In terms of doing the other side of the game – tackling, heading and winning the ball back – I look at the likes of Millie, Hendo and Fabinho. It’s just the perfect surrounding to be in, the environment is perfect. Everything I’ve learned has made me a better player.

Is their relentlessness inspiring as well? People like Jordan and James are never going to allow standards to drop…

Definitely. Being around them every day, they are exactly the same as the manager – when a youngster is doing well, they’ll be the first to come over and let you know. But as soon as you take your foot off the gas, they’re also the first to tell you because they just want the best for you. They see the talent and they have been there before. 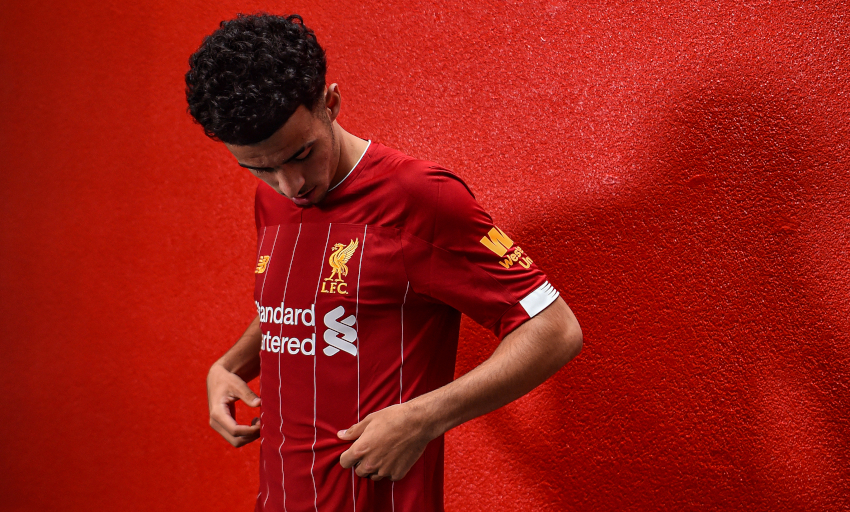 The club is collecting trophies again, it was the second of the year on Wednesday. What was it like watching on and having the hunger for it to be you one day?

It was unbelievable. Being a local lad and supporting the team as a child, it’s amazing to see the club doing so well. But to actually be part of the team and know it could be you in a couple of years’ time is crazy.

You’re a versatile player – is that something you think benefits you at the moment or would you be looking to focus on one position?

You got that cherished debut last season. How do you see your potential for more first-team minutes this term?

I would say that was my first proper season around the first team. Now, coming into my second, I’ve had a taste of what it’s like in the big world and against Premier League teams. It’s my dream to play for Liverpool in the Premier League. Now I’m hungrier than ever and I’m about to kick on and do the best I can to try to be a bigger part of the squad.

There’s a lot of talk about youngsters getting chances and wanting to be at Liverpool but it is real, isn’t it? You can see that with others progressing to the first team?

Of course. I just look at Trent as the perfect example; he’s a local lad who came through the Academy and the boss had all hope in him to put him on against a massive rival team in United [for his Premier League debut]. He played his role, he did it well and he has stayed there and kicked on to be one of the main players they look to if they need a bit of quality or magic. The boss definitely believes in the youngsters. 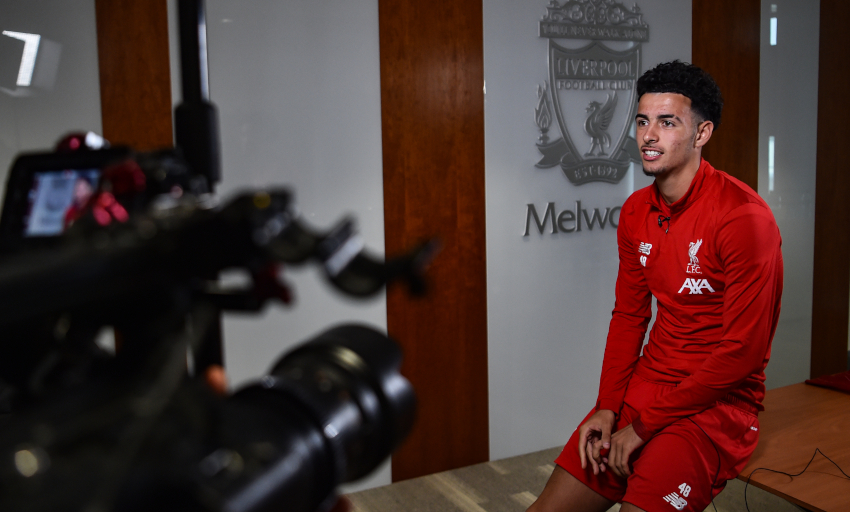 The Academy underpins everything in terms of pushing young players into the first team. How important has everyone in Kirkby been to getting you where you are now?

The coaches around me when I’m at the Academy are great. I get my game time there at times. If I have to train there, I make sure I go there to be the best player [I can be]. The coaches do everything they can to give me the same type of training as at Melwood. They’re great for players because they get them ready for coming up here.

What are your aims for this season, then?

I haven’t really pinpointed one but it’s definitely to become a bigger part of this great team. Hopefully I can get a [Premier League] debut and get a goal and give the fans what they deserve.

Long-term, what do you dream of achieving with Liverpool?

Being the captain of Liverpool Football Club, playing every week and winning a trophy is definitely what I’m looking to do. But I haven’t looked that far yet, I’m taking it step by step. My next step should be a big one and I can’t wait to see what it is.