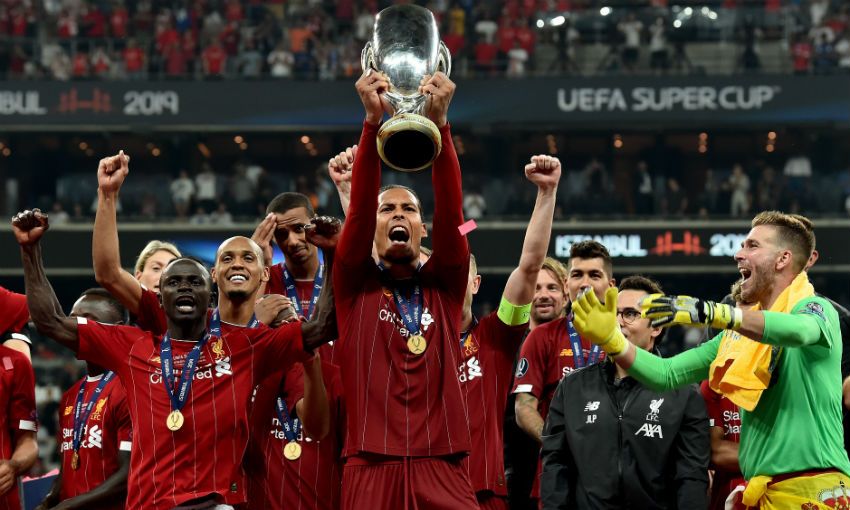 Virgil van Dijk wants UEFA Super Cup success to be another step in Liverpool's development of a trophy-winning habit.

The Reds lifted their second piece of silverware in a little over two months by beating Chelsea 5-4 on penalties in Istanbul on Wednesday.

Adrian, on the occasion of his first start for the club, saved from Tammy Abraham once the European champions had converted all five of their spot-kicks after the 120 minutes had finished level at 2-2.

And, post-match, Van Dijk spoke of his delight at securing another continental winner’s medal following on from June’s Champions League victory.

“Hopefully it will be a nice habit [of winning trophies],” the centre-back told Liverpoolfc.com at Besiktas Park.

“It was tough, they played well [and] we had moments of playing well as well. I think it was a great game to watch as a neutral spectator, but overall we’re all very happy that we won the penalty shootout and take the cup with us.”

Liverpool went in at half-time behind to Olivier Giroud’s opener, but Sadio Mane equalised just two minutes after the restart.

It looked like Mane had sealed the Super Cup with a thunderous strike that went in off the crossbar early on during extra-time, but Jorginho then netted a penalty to force a shootout.

On the momentum swings throughout the 120 minutes, Van Dijk said: “I think we started good. We did well, we put them under pressure, we had moments.

“I think at times we lost the ball a little bit too easy and the gaps were too big and they did well, they countered on us in a couple of moments and became dangerous. [We had] a couple of moments that were a bit lucky with the offside trap and stuff, but after the break we did very well.

“We came out and we showed what we all want to see and then after that they had moments, we had moments as well and it could go any way. After all, it’s all about a bit of luck in the penalty shootout.” 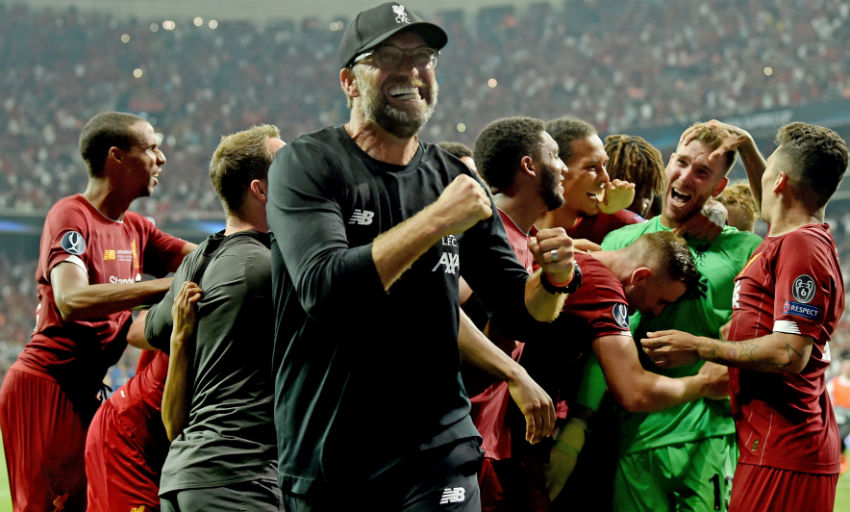 The Reds’ performance level increased dramatically in the second half following a below-par first period.

So, what was Jürgen Klopp’s message at the interval?

“Keep the ball, play your game, push up - make the spaces as small as possible for them to play and put them under pressure, and that’s what we did,” the Netherlands captain revealed.

“It was difficult for them at times and there are moments when they will come out, but that’s part of the game as well.” 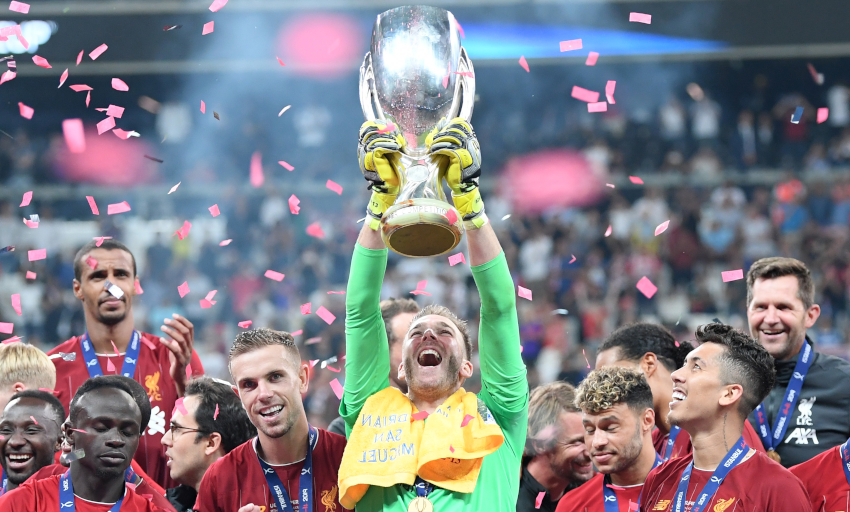 Goalkeeper Adrian’s full debut for Liverpool could hardly have ended any better, and Van Dijk was thrilled for his new teammate.