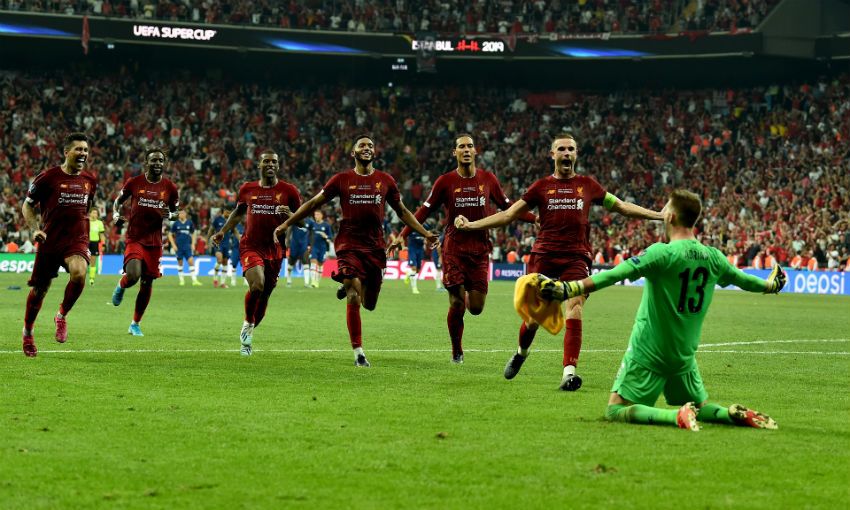 Liverpool beat Chelsea 5-4 on penalties to win the UEFA Super Cup in Istanbul on Wednesday.

A shootout was required to separate the holders of the Champions League and Europa League trophies following a 2-2 draw after 120 minutes of play at Besiktas Park.

And Adrian saved decisively from Tammy Abraham after Mohamed Salah had made it five successful efforts from five for the Reds.

Here are five talking points on the action from Turkey…

Only FC Barcelona and AC Milan, on five apiece, have lifted the trophy on more occasions than the Reds, who also tasted Super Cup success in 1977, 2001 and 2005.

Mane talked the talk during Tuesday’s pre-match press conference and, 24 hours later, Liverpool’s No.10 walked the walk, too.

Just nine days after reporting for pre-season training, the Senegal international made his first start of 2019-20 at Besiktas Park - and he marked the occasion in style by scoring twice.

Having begun the game as the central focal point of the Reds’ front three, Mane returned to his usual post on the left when Roberto Firmino was introduced at the break. 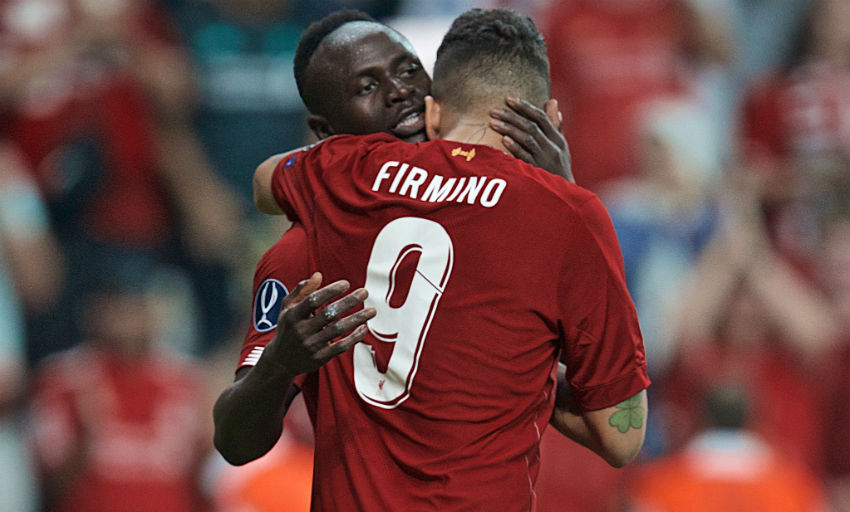 His first goal of the new campaign duly arrived with 47 minutes on the clock, when Firmino unselfishly squared the ball for his teammate to slam in the equaliser from close range.

And Firmino was again the provider in extra-time, when Mane unerringly fired in off the bar to put the Reds in front.

Twenty-six goals last season, and already up and running with two this term.

Business as usual for the Premier League Golden Boot winner.

It was a landmark evening for Joel Matip, who made his 100th appearance for the Reds.

Starting for the first time this season at centre-back alongside Virgil van Dijk, the No.32 picked up where he left off in terms of his fabulous form in the latter stages of 2018-19.

Two sharp tackles to dispossess Christian Pulisic within the opening five minutes set the tone for an authoritative and assured display from Matip, who was fresh enough to match Ross Barkley stride for stride before outmuscling the Chelsea man in extra-time.

The 28-year-old is the 213th man to reach three figures for the Reds.

Man of the Match against Norwich City last Friday, Firmino’s demotion to the bench in Istanbul was a question of fitness rather than form following the No.9’s busy summer and the prospect of a trip to Southampton at the weekend.

And it’s no exaggeration to say that his introduction at half-time altered the course of this game; the Brazilian quickly setting up Mane to level before showcasing his distinctive blend of ingenuity and industry throughout the second period.

Firmino also teed up Mane to blast Liverpool into the lead in the early stages of extra-time and then coolly slotted home the first penalty in the shootout.

Wednesday’s win also means, of course, that just a couple of months after undergoing its last update, Melwood’s Champions Wall requires another facelift.

Oh, and the ‘Walk of Champions’ in the players’ tunnel at Anfield will need changing, too.