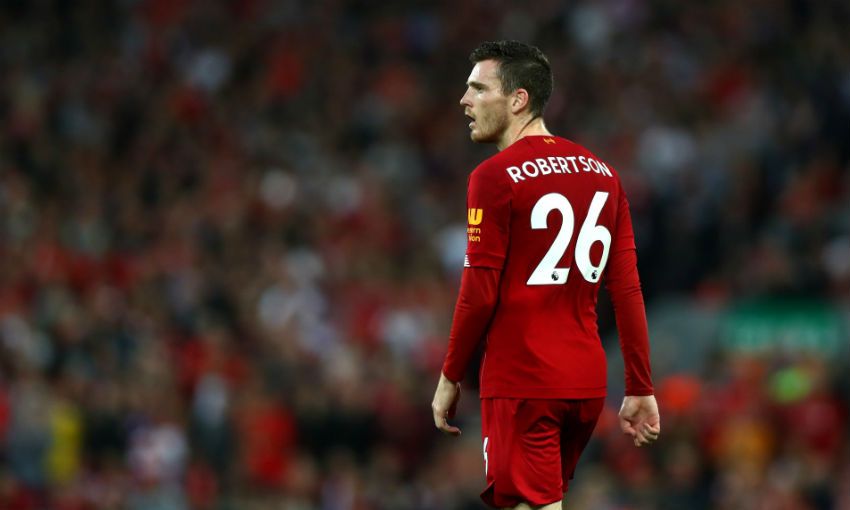 Andy Robertson is determined to ensure Liverpool's Champions League triumph in June was just the start of a long and prosperous spell for the club.

The Reds have another chance to secure silverware on Wednesday night in the UEFA Super Cup when they take on Europa League winners Chelsea in the annual fixture contested by the champions of Europe's two major club competitions.

The showpiece in Istanbul provides Robertson and his teammates with another opportunity to satisfy their thirst to raise trophies aloft, having gathered a taste for it after they beat Tottenham Hotspur in Madrid.

Read on as the left-back sat down with Liverpoolfc.com at Melwood to preview the meeting with Frank Lampard's side... 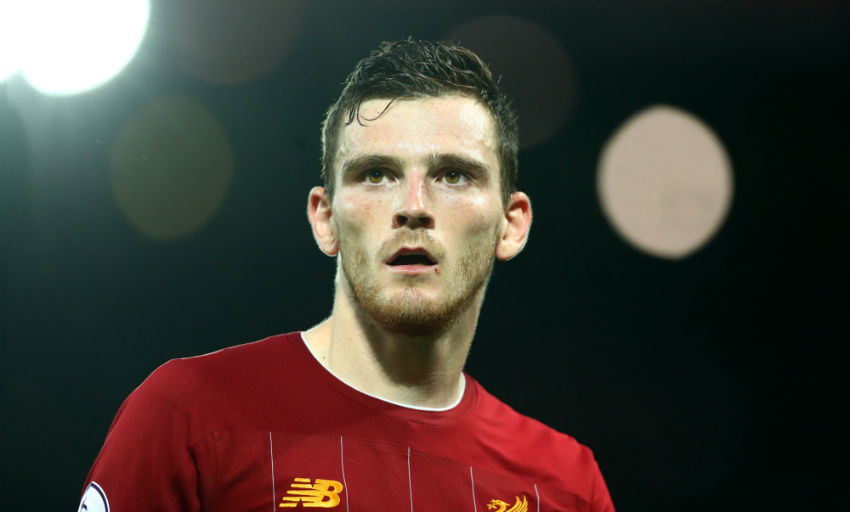 Andy, another competition Liverpool are in to win, just how much are you and the lads looking forward to the Super Cup?

Yeah, we're looking forward to it. For this one, we're there on merit and we won the Champions League to get there. It's going to be a tough game against Chelsea, like another Premier League game as such, and they've done well winning the Europa League. It'll be an interesting game but we look forward to it and, of course, it's another chance to hopefully get our hands on some silverware.

I'm sure you've all been craving another chance to lift some silverware after Madrid. Well this game is a chance to do just that...

Of course, we want to win more trophies now. We don't want to just stop at the Champions League, that's all we've won as a group of players. We want more but we know how hard that's going to be. This is our next opportunity to do so and it'd be great if we can take it. But it's the start of what's going to be a busy campaign for us. Our ambitions are to go to the very end this season and that means we'll have more finals. That's what we have to keep in our heads, but Wednesday is a huge game for us and hopefully we can win it.

The start of the season has been even busier than usual because of last season's success. However, I'm assuming you and the lads don't mind at all when there's trophies on offer...

It's a bit different as well because the Community Shield was Man City and the Super Cup is Chelsea, so it's quite unlikely that it's all English teams and it's like we've played two Premier League games on top of the games we actually need to play in the league. That's a wee bit different but it's because we've done so well last season. It's something we can look forward to and try and capitalise on. Hopefully we can do that.

A European match but with two teams from the same league, like it was in the final. Are there any benefits to that?

There's obviously less chance of surprises, I'd say. When you play a foreign team, you can analyse them all you want but if they've been working on something that you don't quite pick up then it's a bit of a surprise. But when you play English teams, you usually know them inside out and usually know the players you're coming up against, what they can do and things like that.

But it's obviously very intense, playing against another Premier League team. We found that out in the season before when we played Man City in the quarters, we found that out in the final against Tottenham and I'm sure we'll find out again in the Super Cup against Chelsea. These are things we have to deal with, but they have the same problems and same advantages. I'm sure both teams will be going out to look to win it and let's see who comes out on top on the night.

Just what are you expecting from Chelsea? There's been quite a bit of change at the club over the summer...

A change of manager, they've lost [Eden] Hazard and they've brought in [Christian] Pulisic, made a couple of signings. Obviously they're probably a wee bit more reliant on youth players, but they've got fantastic youth players that have went out and done it a very high level, so they'll be ready to make the jump and Frank Lampard did a very good job at Derby. So we'll be looking for a tough game, maybe a wee bit different to the Chelsea we faced last season but it'll be interesting to see what they're like. We know how hard a game against Chelsea is, so we won't be shocked by that and we need to be ready to match their work-rate and match their skill.

You're obviously heading into European competitions this season as champions of Europe. How does it feel essentially being the team to beat?

We'll worry about that when the Champions League comes back around, but that is something that's new to us and something we have to deal with. But last season we had to deal with [being] the second best team and you saw that in the very first game against PSG how much they wanted to win it and things like that. Look, we know how to deal with that but we'll worry about that once the group stages get drawn and who we've got. But we look to compete on all fronts this season and we need to hopefully do that. The domestic cups we need to be better in, in the Premier League we need to make the next step and in the Champions League we need to keep doing what we're doing. It'll be an interesting season and one that will hopefully bring success to this club again.

This match is being played in Istanbul, a place of special significance for this club. Without getting ahead of ourselves, I'm sure you're hoping it's just the first visit to the city this season as the Champions League final is being hosted there...

That'd be great! That would be lovely but we know how hard it will be to get to three Champions League finals in a row – but that's something we've got to aim for. We believe we can cause anyone problems on our day, but we also know how hard it was to get to the two finals. We're realistic but we're also ambitious to get to the final again. If we're in Istanbul come May then it'll be fantastic, but we just need to focus on getting off to a good start in the season first and foremost.

You'll be backed by tremendous support in Turkey. Can you just explain how much that support helps you get over the line, especially as it did in Madrid?

It's amazing and it's something we don't take for granted. The fans follow us everywhere – they come up and down the country, they come aboard, and every away end and home game is a sell-out. We will never take that for granted because without the fans, this club is nothing. The way they've supported us in all of our big games and all the other games has been incredible. We have no doubt that support will be the exact same this season whatever happens and it's up to us to make the fans happy.