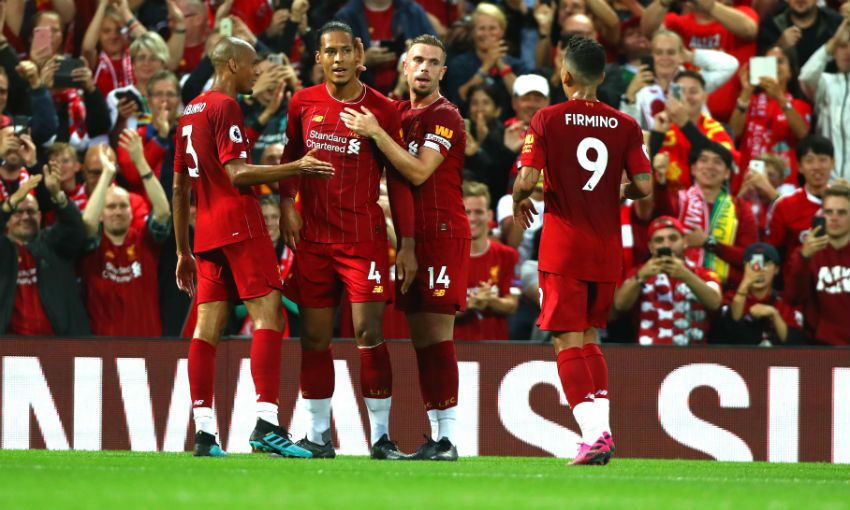 Liverpool opened their 2019-20 Premier League campaign in style as they beat Norwich City 4-1 at Anfield on Friday night.

An own goal from Grant Hanley after seven minutes broke the deadlock before goals from Mohamed Salah, Virgil van Dijk and Divock Origi put the Reds 4-0 up at half-time.

Teemu Pukki grabbed a consolation for the newly-promoted Canaries in the 64th minute as Jürgen Klopp's men now turn their attention towards Wednesday's UEFA Super Cup with Chelsea.

There was also a debut for goalkeeper Adrian when the summer signing came on to replace the injured Alisson Becker with 38 minutes on the clock.

Klopp fielded an unchanged line-up from the Community Shield with Manchester City at Wembley last weekend.

Sadio Mane started as a substitute after returning to Melwood from his summer break on Monday, as did Adrian fresh from his free transfer to Merseyside.

The European champions were welcomed on to the pitch with a mosaic on the Kop honouring June's Champions League victory over Tottenham Hotspur in Madrid.

But the first chance of the night fell to the visitors. Alisson's pass out from the back was intercepted by Pukki and the Norwich forward crossed for Marco Stiepermann, who sent his effort over the crossbar.

The Reds responded perfectly to the warning shot, however. Origi picked up possession near the left touchline and, after some neat footwork, attempted to send in a cross for Roberto Firmino waiting in the six-yard box.

Hanley tried to intervene but skewed the clearance and put the ball in his own net to open the scoring. 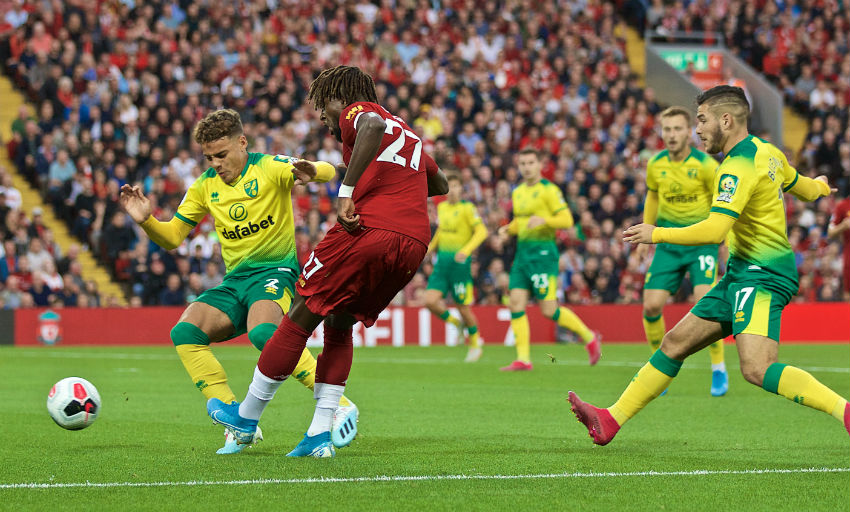 Stiepermann again fired over not long after, although the Reds were proving too strong at the other end.

A neat one-two between Salah and Firmino put the Egyptian through on goal as he then calmly side-footed past Tim Krul from close range to make it 2-0.

At the other end, Alisson had to have strong palms to thwart Stiepermann's powerful strike – and Liverpool added to their lead just two minutes later.

Salah sent in a corner kick that was met with Van Dijk's powerful header after the centre-half had wriggled himself free from Jamal Lewis' marking.

It could have been 4-0 just past the half-hour mark had it not been for Krul's fine save. Firmino casually brought a ball down on his chest before firing off a goal-bound volley.

But the mood was somewhat soured when Alisson went down after a goal-kick and immediately called for medical attention. It was determined the Brazilian could not continue, requiring Adrian to come on and make his Anfield bow.

The decibel levels rose again, though, three minutes later when Origi nodded in a perfect long ball sent into the 18-yard box by Trent Alexander-Arnold.

Liverpool started the second period like they began the first. Origi again caused problems on the left-hand side and found Jordan Henderson running into Norwich's area.

The captain's shot was tipped onto the bar by Krul, but the chance had not passed. In the follow-up, Firmino received possession yards away from the goalline, with the No.9 unable to turn the ball home.

The Reds continued to bring the intensity. Some fine pressing from Fabinho gave Salah the ball and space to run into. But this time, the forward's curling finish sailed just past the post. 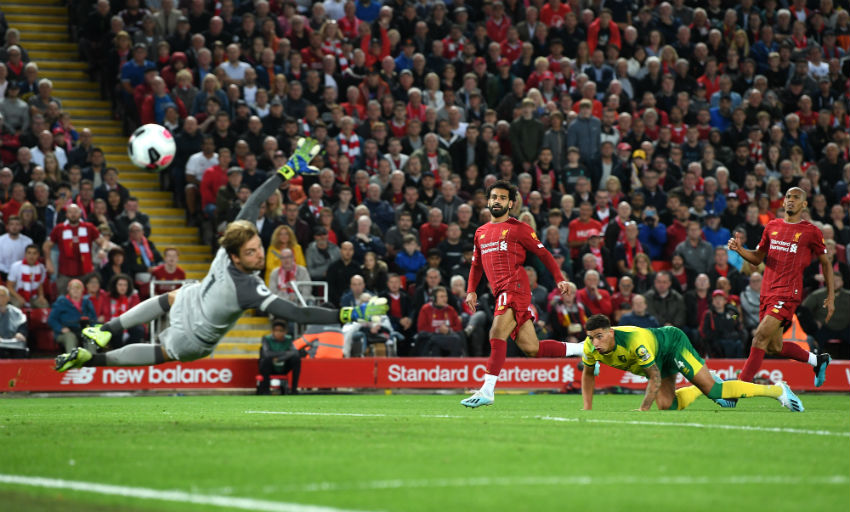 Norwich continued to venture forward despite the scoreline. Moritz Leitner hit the bar two minutes before Pukki ended any hopes of a clean sheet with a clinical finish beyond Adrian.

Origi received a standing ovation from the crowd as he made way for Mane with 16 minutes remaining.

Klopp's side were unsuccessful in their aim to add to their lead, with Krul saving strongly from Alexander-Arnold's rifled free-kick.