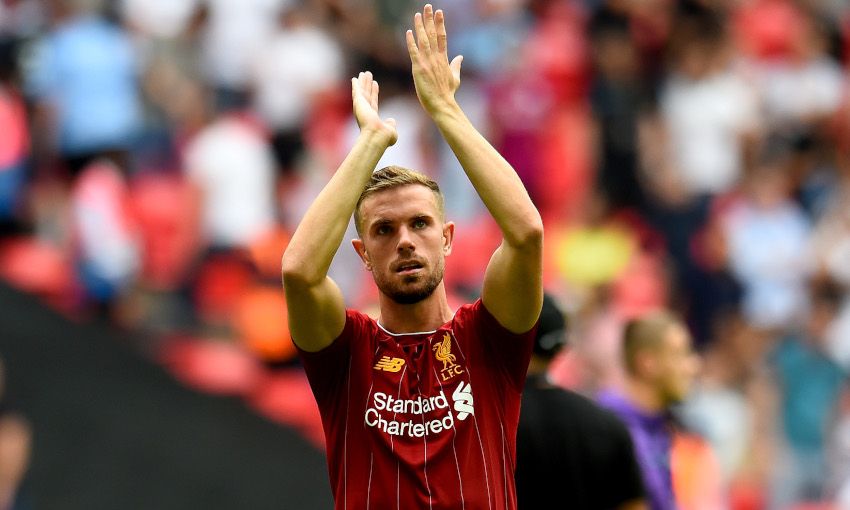 Jürgen Klopp: Why simply 'going again' won't be enough for us this season

As they prepare to kick off 2019-20 tonight, Jordan Henderson senses a hunger within the Liverpool dressing room to improve on the achievements of last season.

The Reds are aiming to go one better in the Premier League having been narrowly pipped to the crown by Manchester City by a solitary point last term after amassing a total of 97.

Jürgen Klopp’s team were, of course, crowned European champions in June – and Henderson is in no doubt the squad have the collective mentality required to try to better those feats.

He wrote in his column in the official matchday programme: “Tonight is the perfect example to highlight why the Premier League is so different to other leagues across Europe. The fact is if we don’t play well this evening we will likely lose the game because Norwich are a top side with brilliant players.

“Other leagues just aren’t as competitive throughout as the English top flight is. People might point to last season and the points gained at the top of the table and the gap, but that doesn’t tell the story of the games. There are such tight margins in the Premier League – it makes it so exciting but also unforgiving.

“In this league, the moment you’re complacent or arrogant you are done for. It’s why staying focused and staying hungry is critical and I’m confident as a dressing room we have those qualities.

“Someone showed me a Twitter exchange over the summer that actually captures the mentality we’re looking for, not just this coming season but in general. It was a poll by supporters asking to pick the club’s greatest ever European night at Anfield. A Liverpool-supporting journalist replied “The. Next. One”.

“For us that’s the focus for this season – on to the next one. But for us that mantra isn’t about just European nights or trophies and titles in general, it’s about each and every match we play.

“Starting this evening, there is only one achievement possible for us and that’s to win this football game. Our mindset is the only game that matters is the next one we play. So all of our ambitions and all our expectations are centred on Norwich City at Anfield tonight.

“The maximum you can win in each moment is the game you’re playing, so that’s our target. We know we need to be at our best. We know we face a tough battle to achieve it.

“As a team we want our supporters to dream and dream big. At Wembley the passion and noise from the Liverpool fans was magnificent. They showed the right mentality – when Liverpool play it always matters. They gave everything to make the atmosphere special and it made a difference to us and how we attacked the game. The supporters who went to Wembley helped set the tone. For each game, give everything you have.

“We want everyone to have the biggest ambitions possible. It’s our job to deliver and to do that we can’t afford distraction and we can’t afford to pause and feel satisfaction. What we achieved last season will be cherished by everyone connected to this club forever, not least myself. But now, for us as a group of players, we’re already focused on 2019-20.

“Quite simply we have to be if we want to have a chance of success again. What we can afford is to keep the focus on what’s ahead and what we can positively affect.