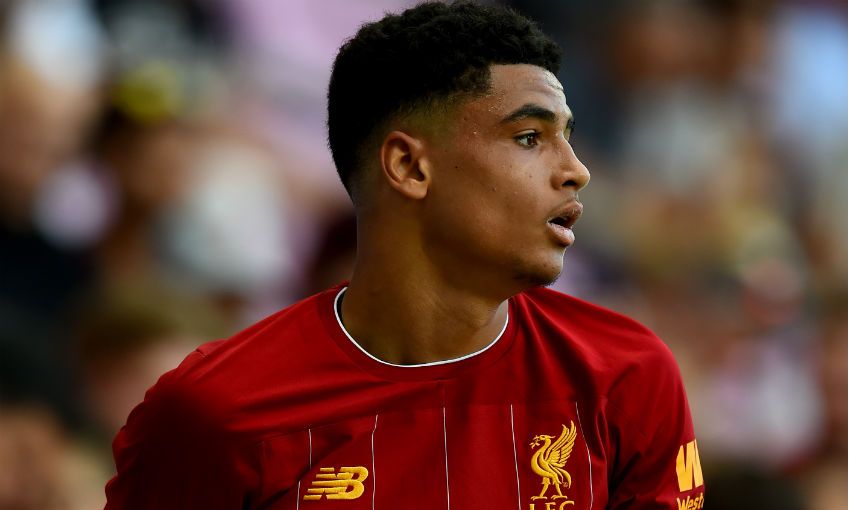 Jürgen Klopp has detailed his delight at having the opportunity to hone Ki-Jana Hoever’s precocious talents after the 17-year-old signed a new long-term contract with Liverpool.

Defender Hoever committed his future to the Reds last week and, after doing so, expressed his determination to continue an impressive rate of development in the coming months and years.

The Netherlands youth international made five first-team appearances during pre-season and looked comfortable in the surroundings of senior professional football.

And Klopp believes Hoever possesses the tools to progress further during his Anfield career.

“Ki-Jana is a wonderful kid and a sensational young player who can learn so much. Especially in the Napoli game when he came on, on the left side, it was maybe his best 15 minutes in the pre-season,” the boss told Liverpoolfc.com.

“The boys try to adapt to what we ask them for; we don’t tell them too much because we want them young and fresh and open. Take the information from the training pitch because if I tell them something, they are like soldiers and it’s not the right thing.

“Information is not there to delete all the other information you had before and to start thinking what the boss wants. They are with us. They had all the development they did without me – and that’s why we let them go [early from the Evian training camp].

“You can from time to time, especially the physical demands were really heavy for him to take. You forget so quickly these boys are so young. He’s still 17, it’s just crazy. But everything will be fine, he’s a fantastic footballer and I’m really happy that we have him for longer.”