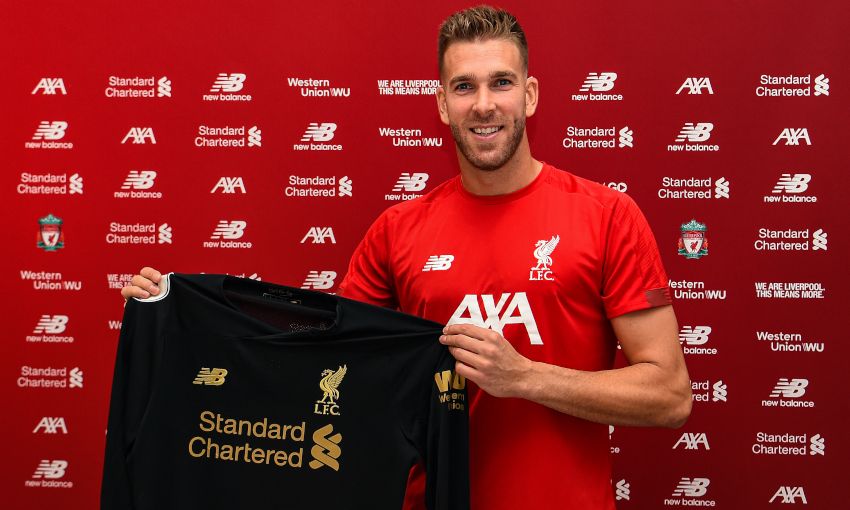 Jürgen Klopp feels the acquisition of Adrian represents the 'perfect solution' for Liverpool following the departure of Simon Mignolet.

Mignolet brought his six-year spell with the Reds to an end earlier today when he completed a permanent switch to Club Brugge.

Liverpool subsequently moved to add to their goalkeeping ranks by securing a deal for Adrian, who arrives on a free transfer after leaving West Ham United at the end of last season.

The 32-year-old made 150 appearances during his time with the Hammers, twice finishing as runner-up in the club’s Player of the Year Award – and Klopp feels he will bring the necessary talent and experience to his squad.

The manager told Liverpoolfc.com: “I think this is the perfect solution for us in this moment, replacing talent and experience like for like.

“With Ali and Simon, I felt like we had two ‘No.1s’ and in many ways we have repeated that with Adrian. This is important.

“He is a ‘keeper who knows the Premier League, who has played in pressure situations and has the highest quality.

“They are big gloves to fill because Simon was such an outstanding professional and contributed to the group even when not in the starting XI. Everything we know about Adrian tells us he has the personal qualities to go with his clear playing talent to ensure this area of the team is not weakened.

“We’re all looking forward to working with him.”