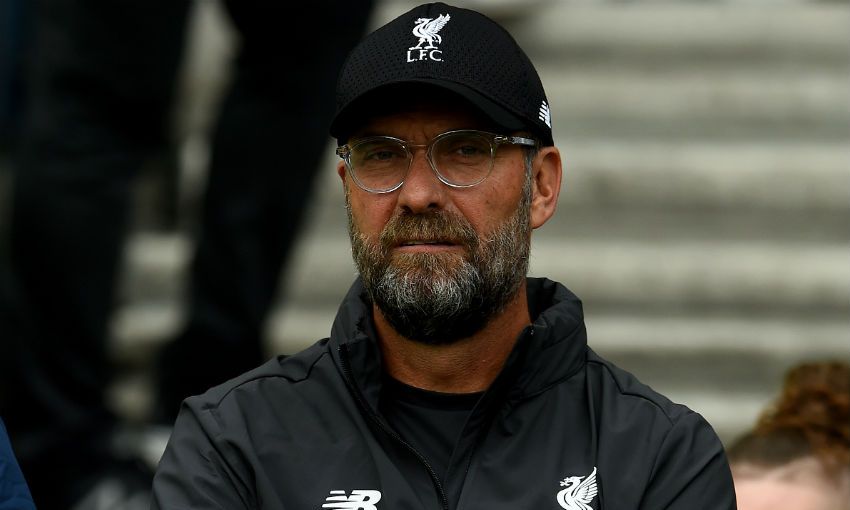 Jürgen Klopp has underlined the importance of this week’s training camp in Evian for Liverpool’s preparations for the new season.

The Reds will travel to the south of France on Monday, with a quintet of first-teamers set to join up with the group ahead of Wednesday’s friendly against Lyon in Geneva and Sunday’s FA Community Shield clash with Manchester City at Wembley.

Speaking at his press conference to preview the Community Shield on Monday, Klopp confirmed that Alisson Becker, Roberto Firmino, Naby Keita, Mohamed Salah and Xherdan Shaqiri will report for pre-season training on Monday.

And the boss is looking forward to stepping up preparations for 2019-20 over the coming days.

“We got the information a couple of seconds ago that everybody’s fine, everybody’s coming in time, they got their flights and everything so from this afternoon on Shaq, Naby, Bobby, Mo and Alisson will be in training, which is great.

“So we have the game on Wednesday but obviously we had to learn in this pre-season that we play the games pretty much always a bit in the wrong moment, but we had to play them anyway so it was just another training session.

“But of course you would like to get a bit more from training sessions than we got for example from yesterday. We play Wednesday the game against Lyon but we have to see how we do that, we organised it months back when we thought ‘OK, they come back, they can maybe play 10, 20, 30 minutes or whatever’.

“We didn’t know in that moment it will be important for Shaq and Naby as well, but apart from that we have to prepare still the season and not only the game on Sunday, but of course the game on Sunday is the first proper game of the new season and so we try to be as good prepared as possible.”