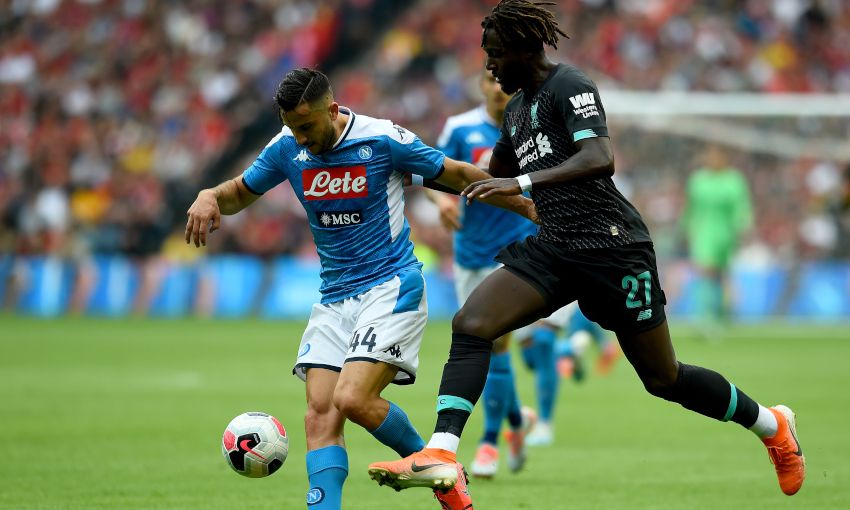 Liverpool were beaten 3-0 by Napoli in their penultimate pre-season friendly of the summer at Murrayfield on Sunday.

Lorenzo Insigne, Arkadiusz Milik and Amin Younes scored the goals for the Serie A side in front of a sell-out 65,442 crowd in Edinburgh.

There were, at least, more minutes in the bank as Jürgen Klopp used 21 players over the course of the contest, a week before the campaign begins with a trip to Wembley for the Community Shield.

Liverpool – and Andy Robertson, on home soil – created the first chance of the half.

It was the Scotland captain’s fourth-minute delivery from the left that found Divock Origi, unmarked but with his back to goal, and the No.27 flicked the ball along its path only wide of the far post.

From there, Napoli seized control and Carlo Ancelotti’s side soon served a double warning of their potency.

Simone Verdi forced Simon Mignolet to carefully collect his curler from the left edge of the box out of the air, and the Reds goalkeeper then had to get across his line and push away Insigne’s low free-kick effort.

The forward was not to be denied for long, however.

Released into space down the left-hand side, Insigne intelligently slipped into a shooting position 20 yards out and dispatched a clinical curler around the gloves of Mignolet and inside the right post.

Buoyed by their ascendancy, and with the goalscorer a dangerous figure, Napoli continued to enjoy the better of proceedings and doubled their lead before the half-hour.

Insigne turned creator this time, exploiting an opportunity on the left flank to square for Milik, who stretched to turn a finish beyond Mignolet into the same corner of the net.

Liverpool thought they had halved the deficit on the stroke of half-time – Georginio Wijnaldum walloping a finish home after sweet build-up by Origi and Jordan Henderson – but the midfielder doing so from an offside position. 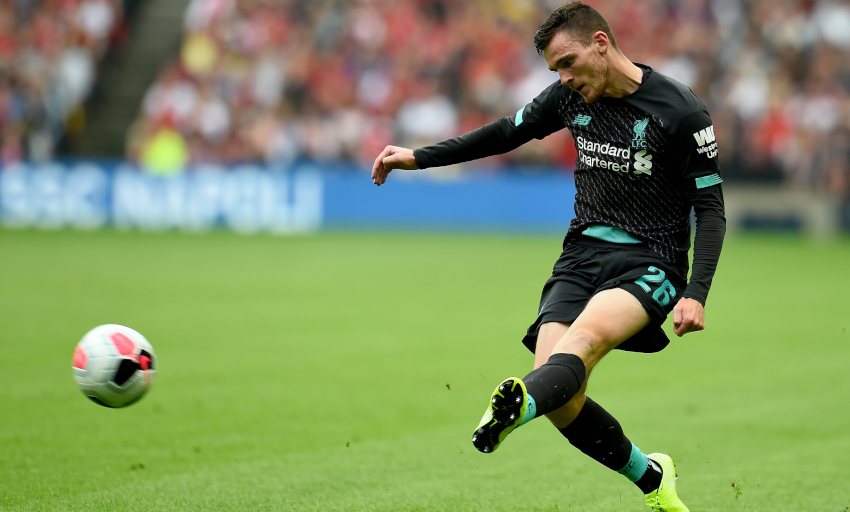 Klopp’s men started the second half with a showing of greater intent and Fabinho would have troubled the goalkeeper more had his low drive not been straight down the middle.

And yet it was Napoli who struck again with 52 minutes on the clock.

Insigne was involved once more, surging into the box and drawing a stop from Mignolet that bounced off one of his own defenders and presented Younes with a tap-in.

The game petered out as the minutes elapsed, with substitute Harry Wilson sending a free-kick over the bar and Alex Meret preventing an Elseid Hysaj own goal from close range.

The manager made 10 changes during the second half, including a maiden appearance for 16-year-old Harvey Elliott following the announcement of his signing earlier in the day.

Meret was at full stretch to thwart Wilson late on, but the Reds supporters inside Murrayfield were unable to cheer a goal for their side, who will now move on to Evian for the final stage of their pre-season preparations.